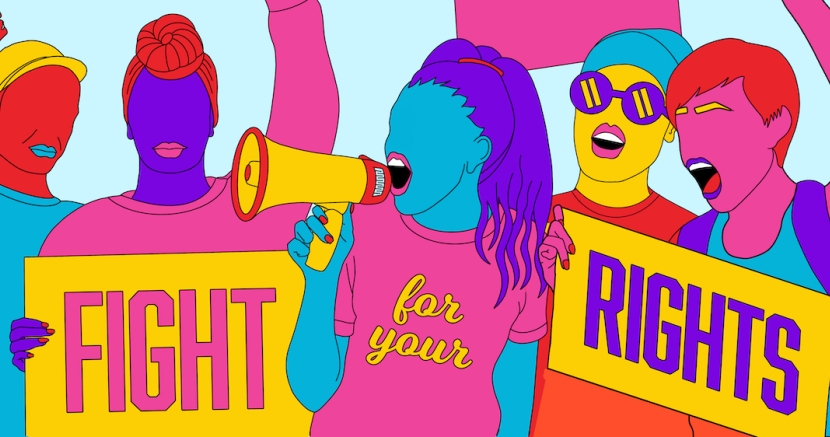 By law, the regular session of the Texas Legislature meets for 140 days. They are only required to pass a budget, but they will consider so much more.

The team at Progress Texas has been tracking the 2019 Texas Legislature since opening day on January 8 and we’ll continue through the final days of the regular session on May 27 (and even through a special session, if we really have to).

We’re tracking issues that impact voting rights, abortion access, and the overall progressive agenda in Texas. Below is a summary of the 10 issues we’re watching – and for a complete list of all of the bills we’re watching, you can also visit our Good, Bad, and Ugly blog.

There are the good bills; online voter registration (HB 361), permitting student IDs as a valid form of voter ID (SB 165), mandating polling places on campuses at schools with more than 10,000 enrolled (HB 375), and ranked choice voting which would create instant runoffs (HB 2010).

And there are the really bad ones; mandating proof of citizenship (HB 378) when people register to vote (do you walk around with your birth certificate in your pocket?), and an omnibus “Slow Down the Vote” bill (SB9) that would:

It wouldn’t be a Texas Legislative session without an abortion fight. As with the past three sessions, Progress Texas is part of the Trust Respect Access Coalition, standing up for abortion access while fighting back against a series of very bad bills.

We kicked off the year with The People’s Lawsuit, a joint effort by organizations challenging the state’s long-standing and burdensome abortion restrictions based on the precedent established by the U.S. Supreme Court ruling in Whole Women’s Health Alliance v. Paxton, and established our pro-abortion rights agenda early in the session.

We’ve continued fighting back against a series of bad bills that propose to ban abortion after six weeks of pregnancy (HB 1500) and another that promotes a national narrative based on a lie (HB 16).

Conservatives promised property tax savings, but instead are offering a tax smokescreen. Their main argument is that the legislature wants to cap how much cities can raise taxes without an election, and replace that revenue with a sales tax that goes straight to the state.

This is not a tax savings but a “tax swap” that funnels money from local communities to the state. It offers little to no tax relief and could hurt city-funded services the most, such as first responders.

Republicans love the idea of local control… until they don’t. Two of the most egregious conservative bills are a bill that targets the ability for localities to contract with Planned Parenthood clinics (SB 22) and a bill that abolishes local mandatory paid sick leave ordinances (HB 222, SB 15).

Two years ago the infamous “bathroom bill” was the main talking point among Republicans at the Texas Legislature. While they may be quieter about a homophobic agenda this year, their actions speak loudly and clearly. They recently passed a bill that would allow certain occupation license holders to turn away or refuse services to LGBTQIA+ Texans (SB 17). We’ll keep an eye on this one as it makes its way to the House.

The state’s education system is broken, and for the first time in a long time, the legislature is showing an interest in doing something about it. Properly funded schools help districts keep good teachers and keep classrooms from becoming overcrowded.  But will the legislature make good on it? We are watching and you should, too.

Voter Suppression & the Secretary of State

Whooo boy, has this been a big issue in 2019. This started with the acting nominee for Secretary of State issuing a false flag notice about non-citizens voting, then attempting to quietly retract it, and ultimately admitting to the Texas Senate nominations committee that he “doesn’t know what voter suppression looks like.” These actions threatened to purge citizens from the rolls based on old and faulty data.

Acting Secretary of State David Whitley has been in hot water since day one and a successful campaign to Texas Democrats has stalled his nomination. If he does not get confirmed before the session ends, he cannot continue to serve in this position.

Our media on this issue:

In a surprising twist, we haven’t seen many gun bills come up this year. It might be because after allowing guns in schools and denying every other gun safety measure a hearing, conservatives have run out of things to work on. Or it may more likely have to do with the fact that gun activists attempted to confront Republicans House Speaker Dennis Bonnen at his home and at a fundraiser. The phrase “shooting themselves in the foot” comes to mind.

Still, a measure to expand which school personnel can carry guns is making its way through the legislature (SB 244) and if passed, would not allow more people to carry guns in schools.

But good news at the national level, federal authorities have banned bump stocks, the devices used to turn a semi-automatic weapon into a virtual automatic weapon.

Sometimes it’s the little things that make a big difference, and this year freshman Rep. John Bucy added an amendment to the state budget that, finally, forced a recorded vote on Medicaid expansion. Texas is the most uninsured state in America, by both percentage and whole number, and while we live in a developed nation, we treat the uninsured like a developing one. It’s time for progress and Rep. Bucy helped pave the way.

Follow along with all of our Texas Legislature coverage for the remaining days on Facebook, Twitter, and Instagram, and make sure to take action on the issues you care about as soon as possible.