The Texas GOP want an outright ban on abortion 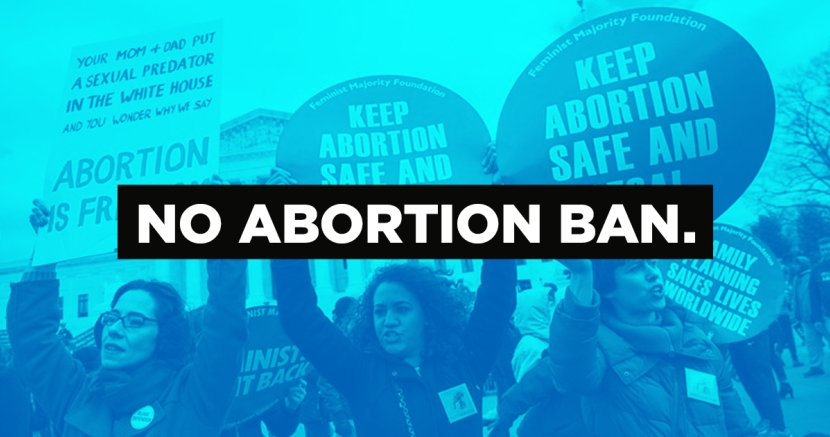 GOP lawmakers in Texas have been trying to ban abortion entirely for decades — passing law after law to chip away at reproductive health care access.

This time, they’re doing it under the guise of a six-week abortion ban bill. House Bill 1500, filed by Rep. Briscoe Cain (R-Deer Park), would effectively ban abortion by making the procedure illegal after around six weeks of pregnancy, before most people know they are pregnant. If passed, this law would be one of the most extreme abortion bans in the nation.

Texas currently bans abortions after 20 weeks of pregnancy, except when the life of the mother is at stake or the fetus has a severe abnormality. This bill would drastically reduce that timeline, making it close to impossible for people in Texas to get abortions.

Close to 60 Republican lawmakers in the House have signed onto the bill, including several legislators who could advance the bill out of a key committee. And in Texas’ typical patriarchal style, all but three of these lawmakers are men. Shocking, I know.

HB 1500 is one of the most dangerous bills filed this session. All Texans deserve access to a safe and legal abortion. This bill would take away decision-making power about reproductive health care from Texans before they may even be aware they are pregnant.

Sign our petition to oppose HB 1500 and stand up for Texan’s reproductive rights!

We wish we could say this bill is as bad as it gets. Unfortunately — albeit unsurprisingly — Republican legislators have filed more than a dozen other bills this year to further restrict reproductive rights in our state. And a few of those bills have ended up in Lt. Gov. Dan Patrick's list of priorities for the session.

Several of these anti-abortion bills are being heard and moving through the state legislature as we speak including HB 16/SB 23, SB 22 and SB 24. These bills seek to limit abortion access, shame those seeking abortion, and take control of reproductive health care decisions away from Texans.

But here’s a newsflash: Roe v. Wade still exists, y’all. The Texas GOP have passed similar bills in the past and their constitutionality has been called into question. There are even lawsuits already pending for some of the bills that have been filed this year. If passed, HB 1500 and bills like it will be litigated and should be deemed unconstitutional.

The fact is, these private reproductive health decisions should be left up to an individual, not the legislature. Texas lawmakers and special interest groups have no place imposing their beliefs about abortion onto others.

Abortion is a safe and common medical procedure that everyone should have access to. The ability to end a pregnancy legally and safely has had a profound impact on improving Texans’ health and lives.

These laws supported by Texas Republicans shame, pressure, and punish individuals for exercising their rights and making important health care decisions that allow them to live equally and with opportunities to determine their own futures.