Queer lives and the Pursuit of Happiness 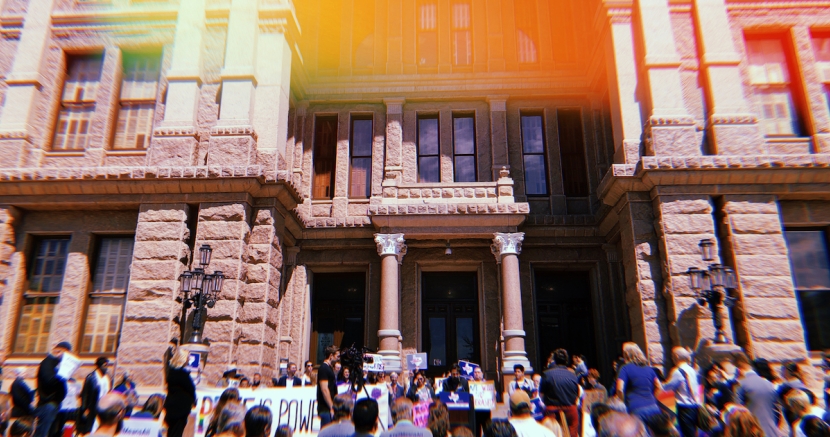 I’ll never forget the feeling of walking into a gay bar for the first time with my best friend, Daniel. It was a Tuesday night at Barbarellas, affectionately known as Tuezgayz. I remember that night, not because of the lights or dancing, or cheap vodka sodas, but because for the first time I felt free. I felt free to be myself, to dance, to flirt, to exist. Because for a moment, the fear of violence that hangs over me, was gone.

Every Texan deserves to feel that free, everywhere, all the time. But sadly, it is a feeling all too rare.

Queer folks grow up knowing that living our authentic lives comes with an ever-present danger of violence, especially for trans and gender non-conforming folks. This fear holds all of us back. This fear is a roadblock in our pursuit of happiness.

It is something so often avoided in conversation because it’s scary, and a little embarrassing. Trying to date or flirt at a bar downtown comes not just with the normal fear of rejection, but with the fear that I could have read the situation all wrong. That my flirtation could genuinely elicit violence. That my life could be in danger and the state would take the perpetrator’s side.

The gay and trans panic legal defenses allow perpetrators of LGBTQIA+ murders to receive a lesser sentence, and in some cases, avoid being convicted altogether, by placing the blame for homicide on a victim’s actual or perceived sexual orientation or gender identity.

This is a weak and bigotted legal defense that allows murderers to paint their own version of events and place blame on their victims. And although rare, gay and trans panic defenses have been used in more than half of all U.S. states with some success—most recently in Austin, Texas.

Last year, Daniel Spencer was murdered by James Miller, who in court utilized the gay panic defense to justify his murder as an act of self-defense in response to Miller’s perceived sexual orientation.

And his defense worked.

A murderer is avoiding prison time in Texas because, in the eyes of the court, even the perception of flirtation with another man is a crime punishable by death.

This legal defense sends a harmful message that queer folks’ lives are not worth protecting. That my life is somehow less valuable.

Sexual orientation or gender identity should never be an excuse for violence. How can we live authentic lives if simply existing is a reasonable call for violence?

Advocates across the country are working to ban this legal defense, including in Texas.

In December, Illinois became the second state to ban it, following California’s ban in 2014 after the American Bar Association called on states to eliminate it. Texas House Bill 3281 by Representative Gina Hinojosa would outlaw this bigoted legal defense and change this dangerous narrative.

If we value queer lives, if Texas values my own life, we have to do better. But it starts with making sure our laws reflect our values. We must work to remove bigotry, homophobia, and transphobia from our laws.

Together, we have the power to make this a safe and inclusive state for every Texan, regardless of how they identify or who they love.

Show your support and pledge to speak up for LGBTQIA+ equality, because y’all means all.