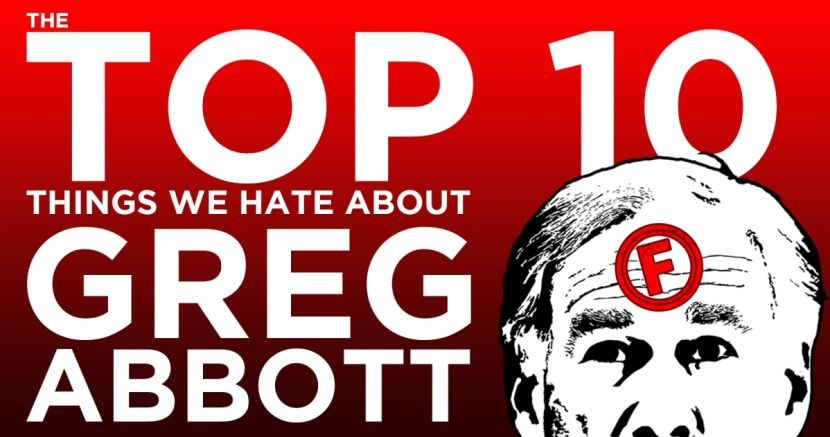 Emily Clark
And why Texans are uniting against him.

Progress Texas has been tracking Greg Abbott for more than a decade. From his time as attorney general through his time as governor, we’ve seen a lot, and it’s hard to keep track of every wrong thing he’s done. With Election Day so close, we’ve decided to compile a list of some of Abbott’s worst moments.

Listen to our latest podcast episode here, where our team discusses Abbott’s lowest moments throughout his two terms as governor. You can also check out our Texas Governor’s Debate recap here.

Election Day is Nov. 8. For information on Voter IDs, election deadlines, and more, check out GoVoteTexas.org!

If you or anyone you know runs into issues at the polls, call or text one of these numbers to speak with a trained Election Protection volunteer: