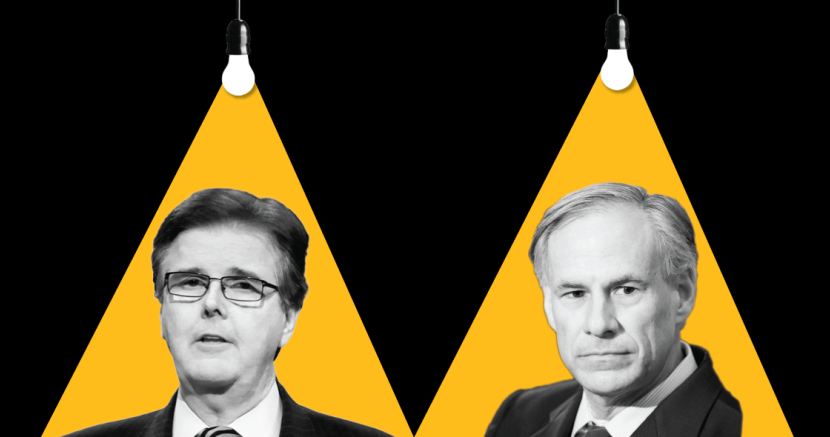 Lucy Stein
Governor Abbott called a special session of the Texas Legislature, putting the lives and rights of Texans on the line to score Republican primary points.

Before the dust from Texas’ worst-in-recent-history legislative session had a chance to settle, Governor Greg Abbott — under direction of Lt. Governor Dan Patrick — announced he would be bringing state lawmakers back for a special session on July 18th. The laundry list of items — 20 items to be exact — on Abbott and Patrick’s agenda are pretty horrifying.

Only one of these 20 measures — a bill that would reauthorize the Texas Medical Board and other health-licensure state agencies — must pass. The extra 19 charges Abbott and Patrick are forcing the legislature to re-debate involve controversial — red meat for Republican primary voters — issues that stalled during the regular session.

So how are Abbott and Patrick putting the lives and rights of Texans on the chopping block during this next 30-day legislative session?

Dan Patrick’s so-called “bathroom bill” faced overwhelming opposition during the regular session — civil rights advocates, business leaders, and the transgender community and allies from across the state turned out en mass at the Capitol to fight its passage. And it worked. All awful variations of the bill targeting transgender for discrimination failed to pass.

Even though a recent Texas Tribune poll confirmed the majority of Texans don’t think their state representatives shouldn’t be focusing on legislating the bathrooms people can use, Patrick held the legislature — and Abbott — hostage over this twisted priority.

At least two versions of the “bathroom bill” will be filed during the special session. Rep. Ron Simmons (R- Carrollton) told the Dallas Morning News he’ll file one bill barring transgender kids from using public school bathrooms and locker rooms that match their gender identity, and another more sweeping bill banning all trans people from using the bathrooms in public buildings and places of “public accommodation.”

Three of the 20 items on Abbott and Patrick’s agenda are aimed at restricting women’s access to reproductive health care, including abortion. Apparently passing a sweeping anti-abortion bill during the regular legislative session — a bill that forces fetal burial and effectively bans abortion after 13 weeks — wasn’t cruel enough.

After vetoing a bipartisan bill that would continue the state’s Women’s Health Advisory Committee amidst an ongoing maternal mortality crisis, Abbott revived three dangerous anti-abortion bills that failed to pass during regular session. These measures would:

Instead of regulating where people pee and restricting women’s reproductive health care options, Texas elected officials should address real problems — like fixing our state’s broken school finance system. Yet Governor Abbott asked the legislature to introduce a private school voucher program that will divert much needed funding for special needs children in public schools. During the regular session, Lt. Gov. Dan Patrick and Senate Republicans killed a bipartisan school finance bill by sneaking the same unpopular vouchers amendment onto it.

Abbott added another item — like so-called “school choice” — that may sound like a good idea, but is a total sham: a $1,000 teacher pay raise. While our teachers certainly deserve it, Abbott knows the GOP’s budget doesn’t include the hundreds of millions this raise would cost. Not only is it unfunded, this raise would be tied to measures that strip teachers of earned protections.

Gov. Abbott didn’t stop there, taking another swipe at teachers and all public employees by including a ban on union payroll deductions as an agenda item. The bill, which failed to pass during the regular session, would bar deductions of professional associations and union dues for state, local, and school district employees — but not for police, firefighters, and paramedics.

It should come as no surprise that Texas Republicans’ assault on local control — also a mainstay of their regular session agenda — comes at a time when cities across the state become more and more progressive.