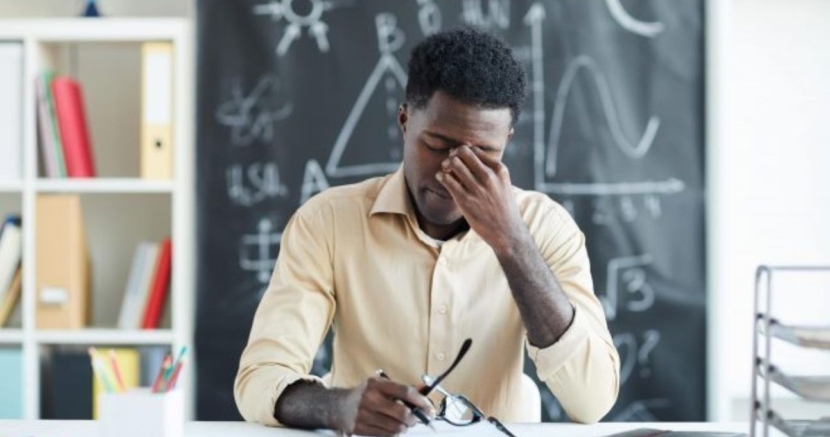 The 2022 school year has arrived, and Texas is far from prepared. The 2021-2022 term resulted in a mass exodus of teachers, leaving some school districts understaffed by the hundreds.

But this isn’t a teacher shortage — it’s a shortage of resources, benefits and support. While Texas has always struggled with teacher retention, the levels we’re seeing now are unlike anything we’ve seen before.

As of spring 2022, nearly 70% of teachers were seriously considering leaving the profession; that’s the highest number reported in 40 years. The tragedy in Uvalde couldn’t have improved those numbers.

As of August, the Austin Independent School District was down 445 teachers, which is nearly 10% of it’s total teacher workforce, Dallas ISD was down 220 teachers with one principle losing one-fifth of her teachers, Cypress-Fairbanks (Cy-Fair) ISD in the Houston area was down 437 teachers, and the largest district in San Antonio still needed to fill 275 teacher vacancies leading up to the first day of school. The trend is the same in most districts across Texas.

First, the obvious: the average teacher’s salary in Texas is abysmal. The pay gap between teachers and similarly educated non-teachers grew to 23.5% in 2021. Texas teachers earn $7,043 less than the national average, and the state ranks 49th in the nation for teacher retirement benefits.

Considering teacher pay has been inadequate for years, these numbers still don’t explain the sudden exodus. The more likely culprits? Far-right politicians forcing classroom culture wars, having to navigate a pandemic with limited resources, getting overworked given increased shortages and, most daunting of all, gun violence.

It's the one thing on every teacher’s mind: what if there’s another school shooting?

Tragically, based on the lack of action by our state leaders in the last three months, it seems the results would be the same. Texas has yet to implement any comprehensive change to school safety after an 18-year-old massacred 19 children and two teachers at Robb Elementary School in May.

Gov. Abbott promised us he’d consider gun reform after the El Paso shooting in 2019. He broke that promise within less than a year by signing permitless carry into law during the 2021 legislative session. Now, most Texans can carry a gun without a license, background check or training.

The only “solutions” Abbott has offered since then have nothing to do with gun reform. Instead, he patched the issue with a $105.5 million band-aid that did nothing but call for better mental health care and increase school safety initiatives. Half of the money is going to bulletproof shields for law enforcement officers. “Hardening” schools hasn’t worked so far, so why would it now? Several school districts have yet to receive any money at all.

Kids and teachers are going to school unprotected because Abbott refused to prioritize common-sense gun reform. Texans have been begging for action since Uvalde, since Odessa, since El Paso, since Santa Fe and since every shooting we’ve endured during Abbott’s 7-year term.

A majority of Texans support some form of common-sense gun reform, as do an overwhelming majority of teachers. Whether it be banning assault weapons, passing red flag laws, closing gun loopholes, requiring universal background checks, or all of the above — it’s clear to everyone that change is long overdue.

We had some hope when Congress passed the bipartisan gun control bill earlier this summer, but the act fell short in many ways. For one, the act included $750 million meant to encourage states to create red flag laws. Since Republicans insisted the money be available to all states, not just the ones adding red flag laws, Texas received the money without passing any gun reform.

One suburban school district spent nearly $250,000 on bullet-resistant film for windows. The film keeps shards of glass from flying should a shooting occur. That money could have gone to new textbooks or teacher resources if Abbott had decided to tackle gun violence at the source instead.

Some Republican politicians are fighting to arm teachers, which 77% of teachers oppose. Teachers are already underpaid and overworked, asking them to become gun-certified on top of everything is ridiculous. Not to mention there were nearly 400 armed officers on the scene at Uvalde, yet it became the deadliest shooting ever at a Texas public school. More guns is not the answer.

Texas teachers work 54 hours a week on average. And that’s not including the extra 30 hours of tutoring per year that the Texas legislature added with House Bill 4545. Extra tutoring is a great idea in concept, but without the resources to support the extra hours, it’s only adding to the teacher exodus.

Teachers should spend their time teaching children and preparing lesson plans, not worrying about when the next shooting will happen.

Rather than act on gun violence or improve conditions at public schools, Abbott is advocating for school vouchers. He’s allowed the Texas public education system to crumble and, instead of cleaning up his mess, he’s giving up on public schools altogether.

So, no, this isn’t a teacher shortage; it’s an exodus spurred by a myriad of issues that have only grown worse over the last year. There’s no shortage of people wanting to go into the field. Many people dream of becoming teachers when they’re growing up or decide to teach once they realize their first career wasn’t for them.

Republican policies are to blame for the state’s teacher shortage. Texas should:

From the look of things, without a change in leadership, the teacher shortage won’t improve any time soon. The longer Abbott and Republicans in the Texas legislature continue sidestepping this issue, the worse off our children are.