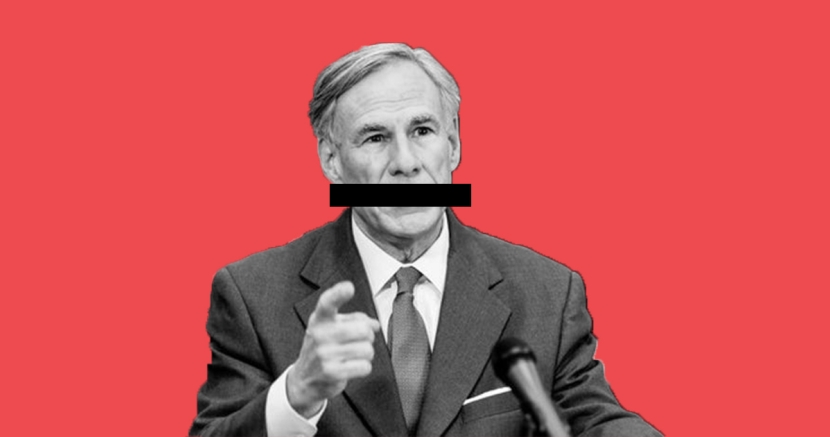 Abbott’s decision to play politics with something this important puts lives in danger.

In times of crisis, people need leaders who are clear and concise. When giving an order, there should be no question as to what is expected.

Gov. Greg Abbott’s press conference on Tuesday was the exact opposite of that. It was a lesson in failed leadership at a time when Texans need leadership most.

After weeks of Texas organizations and state Democratic lawmakers calling on Abbott to issue a statewide stay-at-home order, he finally did. But he did so in the most convoluted and politicized way possible. Instead of opting for the familiar “stay-at-home order” phrase that dozens of other states have used, Abbott entirely avoided the key message.

Though he tried to explain his reason for not explicitly calling this a “stay-at-home” order, saying that the order still allows Texans to leave the house for essential services, the choice was clearly politically motivated. In fact, Abbott’s reasoning didn’t even make sense. Other states that have issued stay-at-home orders also allow folks to leave their homes for groceries, exercise, and other essential services. It was almost painful to watch the governor attempt to justify his decision.

Sure Abbott’s directive has some other flaws, such as what the state is considering “essential services,” but the biggest flaw of all was the way in which the confusing order was delivered to Texans.

After Abbott’s announcement, people were confused. And not just the everyday Texan who has a million other things to worry about and can’t afford to spend their time reading Abbott’s order or deciphering his words during a press conference.

People who are supposed to disseminate this information — journalists and politicos who follow these issues closely — were confused as well.

If you are confused about Gov. Abbott's latest executive order, so am I. Me and @MorrisReports currently trying to figure out what it means. We'll try to provide some clarity in our updates: https://t.co/pYDA4klyIs

This confusion alone shows how much of a failure Abbott’s delivery was. Not only is that a reflection of the type of leader he is, Abbott’s decision to play politics with something this important puts lives in danger.

Our state was already well behind in issuing this order. But now, instead of Texans taking immediate action, there’s going to be a lag as our state slowly comes to terms with what exactly Abbott’s order means.

Though Abbott initially refused to admit it, his order is essentially a stay-at-home order. It is very similar to what other states have issued over the past couple of weeks, with the exception of a few things the state considers to be essential services.

To be clear, this is a statewide stay-at-home order.
Even tho he initially said it’s not one. https://t.co/uhqi2nndZG

So what does that mean? It means that all Texans, in every county, should stay home.

Allows only the following activities: pic.twitter.com/OYK1gHJrCZ

Although the order may have been confusing, and Abbott is surely to blame, Texans must take this seriously. Now is the time to stay home for our own health and safety, as well as the health and safety of our neighbors.