Texans are paying an “Abbott Tax” for energy companies’ failures 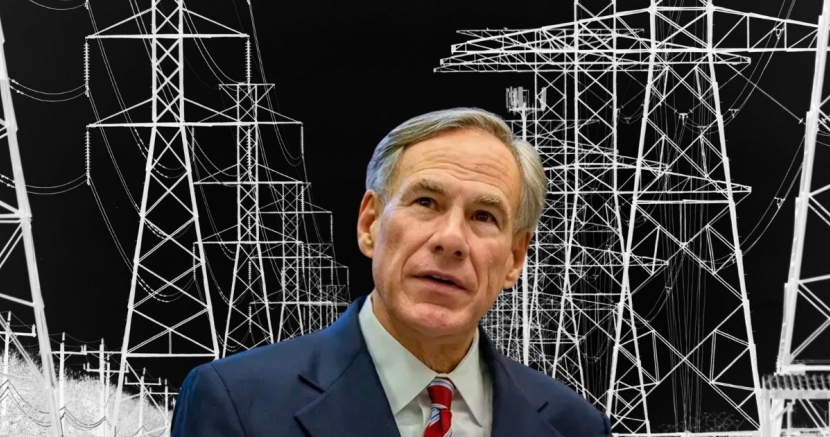 Emily Clark
Governor Abbott is taxing Texans for the energy we didn’t have.

Nearly a year after the devastating Winter Storm Uri, temperatures are plummeting in Texas again. Remember when Gov. Greg Abbott said he could “guarantee the lights will stay on” this winter? Well, on Tuesday he flipped the switch. Now, according to Abbott, “no one can guarantee'' there won’t be power outages. Nothing like waiting until two days before a winter storm to backtrack on his promises.

Abbott and the Texas Legislature had almost a year (and four legislative sessions) to prepare for this week. While we all doubted Abbott’s promises at the start, especially after energy experts warned us that the grid wasn’t as prepared as Abbott was claiming, waiting until the brink of disaster to warn Texans of grid vulnerabilities left little time for us all to prepare.

Given yesterday was Groundhog Day, we can’t help but notice a parallel to the film of the same name. It’s as if we’re living through the same nightmare all over again, except for one key difference: now, we have the Abbott Tax.

After last year’s storm, Abbott decided the best solution was to provide energy companies with $6.5 billion in ratepayer-backed bonds. The Texas Railroad Commission also cleared the way for $3.4 billion to be paid to natural gas companies by raising bills for ratepayers. The $3.4 billion is part of the debt that gas utilities owed suppliers after gas prices skyrocketed during February's winter storm and blackout. That means Texans can expect higher utility bills every month for decades as Abbott and his donors stuff their pockets with our hard-earned money.

We’ll be paying more for the power we didn’t have. To make matters worse, Abbott took millions from energy companies, who made BILLIONS off of Texans because of last year’s storm. Their donations followed the end of the third legislative session, after Abbott signed his weak bills into law. Energy companies were satisfied with his leniency, so they rewarded him and fellow Republican officials.

The collapse of our grid in February 2021 sent hundreds of thousands of homes into darkness and cold. Countless lives were lost, due to hypothermia and carbon monoxide poisoning. Texans shouldn’t be on the hook for the energy companies’ mistakes, and we’ve already paid for Abbott’s incompetence.

Given the gubernatorial election is later this year, it’s no surprise Abbott backtracked on his promise. He’s worried voters will punish him come Election Day, as they should. Of course, Abbott tried to shift focus from his failure with natural gas companies by pointing out that power failure can also happen from trees falling on power lines. Sure, that’s true. But trees weren’t the main issue last year, and nothing was done to fix the other problems with the grid.

We need sweeping carbon monoxide regulation, not just Abbott’s measly law that only applies to newly built or renovated homes. Most of us don’t live in a place that was built yesterday. Plus, carbon monoxide isn’t something people tend to consider, unless warned otherwise. His law leaves over 10 million Texas homes out of the fold.

While we can’t expect Abbott to predict the weather, we can hold him accountable for grid outages, damaged pipes, carbon monoxide poisoning, and his Abbott Tax. Trust us Abbott, Texans won’t be letting that one go anytime soon.

Pipes – If your water is still running, make sure to fill as many containers as you can, in case your pipes begin to freeze. Find helpful tips on how to prevent and deal with frozen pipes here.

Food needs – Many of us didn’t have the ability or resources to go grocery shopping before the freeze hit. If you need food assistance, visit 211texas.org for help.

Phone – Make sure your phone is charged while you have power. Write down any important phone numbers in case your phone dies and you need to contact someone from another source.

Driving – We are expecting nearly an inch of ice in some areas of Texas. Avoid driving as much as possible. If you have to leave, check road conditions, review how to drive on icy roads, and make sure to pack key cold weather essentials in case you run into car troubles.

For a more expansive list of resources, refer to the Texas Department of Emergency Management. Check out 211texas.org for info on warming centers and other necessities.