Why 2020 could be the year of the Texas Latino voter 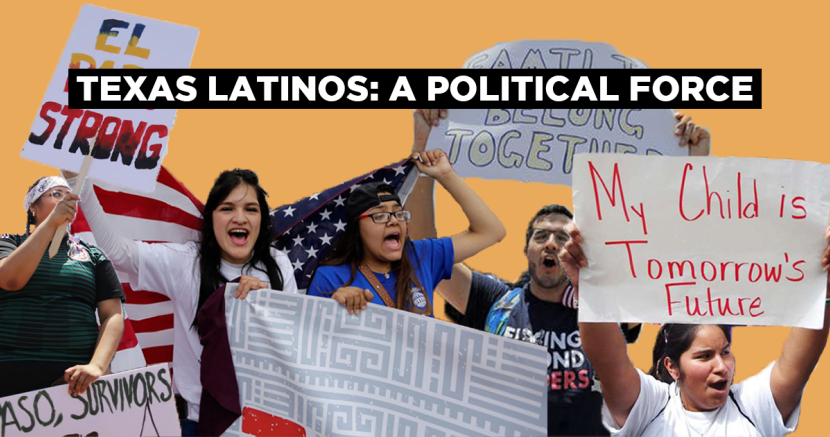 Progress Texas
Latinos will soon make up the majority of the state’s population, and their political power is greater than ever before.

Whether you call us Latinos, Latinx, or Hispanic, one thing is for certain: our numbers are growing in Texas – and we’re voting. And 2020 could be the year of the Latino voter, but it won’t happen by itself.

Our research shows that Texas saw 53% voter turnout in 2018, but an average rate of only 39% turnout in the Latino-majority counties of Cameron, Hidalgo, and Webb. In 2016, the statewide turnout was 59%, while those same counties had a 48% average. This is only a small snapshot, but it points to the larger challenge.

Candidates and parties need to invest in mobilizing the Latinx community the same way they invest in other communities. Because while Latinos may not like Trump, it doesn’t mean they are going to love Democrats either. These votes need to be earned.

As Hispanic Heritage Month (or Latinx American Month) comes to a formal close on Oct. 15, the team at Progress Texas is taking a look back on the impact Latinos have had on our state, and how they will impact the future.

Texas Latinos are building change for generations to come, whether it’s pointing out the cracks in Trump’s border wall, advocating for voting rights for all Texans, or calling out the state’s unfair history of marijuana laws on black and brown folks.

We’ve talked about Texas’ Latinx population since the creation of Progress Texas nine years ago, but the growing community is becoming a political force to be reckoned with that will change the landscape of Texas politics in 2019, 2020, and beyond.

Articles Throughout the Years

If you’re on board with flipping Texas, making sure all communities are represented, and celebrating Texas Latinos all year-long, sign up for the latest progressive media, messages, and actions.