Trump's Border Wall Taken Down in One Video 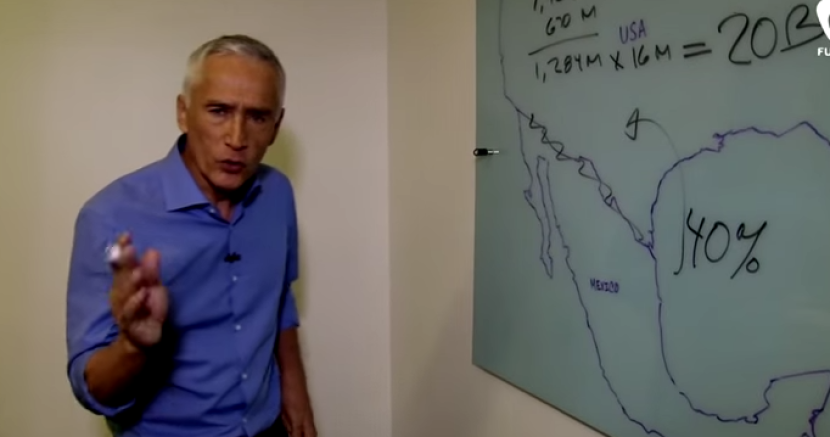 Ed Espinoza
Today is the first day of Hispanic Heritage Month, which runs from September 15 to October 15 each year (it originally started as "Hispanic Heritage Week" and was later expanded to cover a 30-day period).
And it seems that when Republicans politicians think of Latinos, the first thing that comes to mind is immigration, specifically being against it.
In the video below, Univision anchor Jorge Ramos takes down the border wall argument used by Donald Trump and many other Republicans. A wall will cost $20 billion and won't even bring the change he seeks because 40% of undocumented Mexicans are people who took airplanes to the United States and simply overstayed their visas. And the kicker: Ramos ends the video by pointing out that immigration from China outpaced immigration from Mexico in 2013. Go figure.
Our immigration system is outdated and unworkable. Your local Department of Motor Vehicles office might have more efficient way of processing requests.
Let's be clear: immigration reform and border security are not the same thing. But Republicans will not talk about one without including the other, so legislative efforts are often tied together. But it should be noted that the issues are not mutually exclusive - it is possible to reform immigration and have a strong border.
The solution is not in building walls but in building a plan around comprehensive immigration reform - along with politicians who are willing to act.
Note: The U.S. Senate passed a reform bill in 2013 when a bipartisan coalition successfully negotiated the Border Security, Economic Opportunity, and Immigration and Modernization Act of 2013. However, that effort then languished in the Republican-led House of Representatives without a vote. If you've got time for a long read, check out the behind-the-scenes bipartisan effort that went into passing the Senate version of that bill in this New Yorker story entitled Getting to Maybe.
Tags
Donald Trump
Immigration
Hispanic Heritage
Latinos
2016 Election