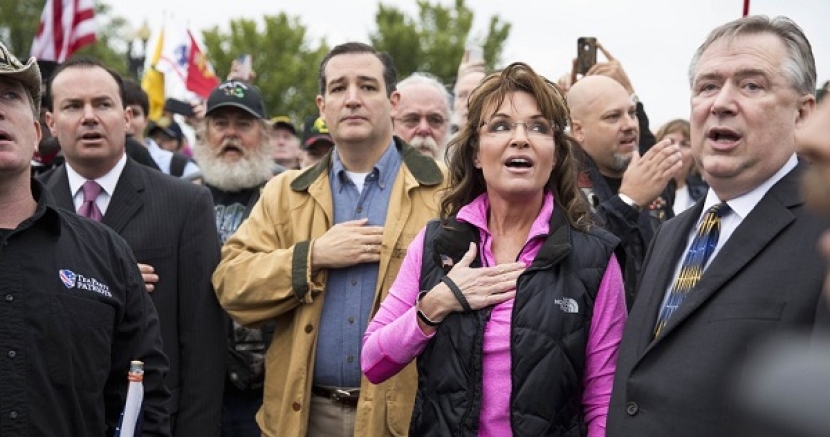 Our Canadian-born junior Senator, who has been in public office for barely two years, is running for President. But his inability to expand the electorate makes it hard to see how he expands the electoral map beyond the 47% that Mitt Romney garnered in 2012.

There are many things that can be said about Ted Cruz from the left - and from the right. But nothing is more salient than his lack of a connection with the fastest growing bloc in the country: the Latino voter (and it's not just because of his deep-seated hate for avocados).
Ted Cruz has been unable to increase Republican performance in key Latino counties - and his Senate career has been marked by activity that seems to even further distance himself from the community.
This matters for those on the left and the right for varying reasons: the left, because that's where many Latino voters reside, and the right, because of the realities associated with building winning majorities.
One might think that a Senator with a Latino surname from a majority-minority state like Texas might have a strong connection with Latino voters...but that would be wrong.
When Ted Cruz was elected in 2012, Texas was 48th overall in voter turnout. Texas Secretary of State electoral data shows that he was nominated in a Party primary in which 8.5% of voters participated, winning the nomination with the backing of 4.8% of the voters. So if you've ever wondered how anyone could vote for this guy, there ya have it - very few people did.
Though he went on to win the Senate seat, his general election victory was statistically identical to Republicans before and after him. But there is one thing that should be noted:
Ted Cruz has been unable to move the needle among voters in heavily Latino counties.
He has fared the same - or in some cases worse - than the average of other statewide Republican candidates. In looking at the 10 most populous Latino counties in Texas, Cruz's performance matches an identical trendline of every other Republican over the past 10 years. He performs slightly worse than Rick Perry in 2010 and John Cornyn in 2014. Sure, those were midterm elections in which Latino turnout was lower overall, but he also performs much worse than his predecessor Kay Bailey Hutichson did in the Democratic tide year of 2006.
[[{"fid":"1594","view_mode":"default","fields":{"format":"default","field_file_image_alt_text[und][0][value]":"","field_file_image_title_text[und][0][value]":"","field_folder[und]":"906"},"type":"media","attributes":{"height":"514","width":"631","class":"media-element file-default"}}]]
Ted Cruz has never demonstrated an ability to grow support among Latino voters.
In swing states, this becomes a major problem especially in places where Latinos have the power to decide elections: Colorado, New Mexico, and Nevada. It's also a problem in states where Latino voters are an important component of building winning coalitions, such as Pennsylvania and Virginia. If Ted Cruz cannot expand the electorate, how does he win states that Mitt Romney lost?
Ted Cruz offers no new path to victory in the states that Mitt Romney lost.
Further complicating things are the positions Ted Cruz has taken since assuming office:
Ted Cruz may have a last name in common with the Latino community. But as more Latino voters get to know him, they may find that's the only thing in common.
To learn more about Ted Cruz, check out our CruzWatch archives.
Tags
Ted Cruz
Latinos
Hispanic Heritage
CruzWatch
2016 Election