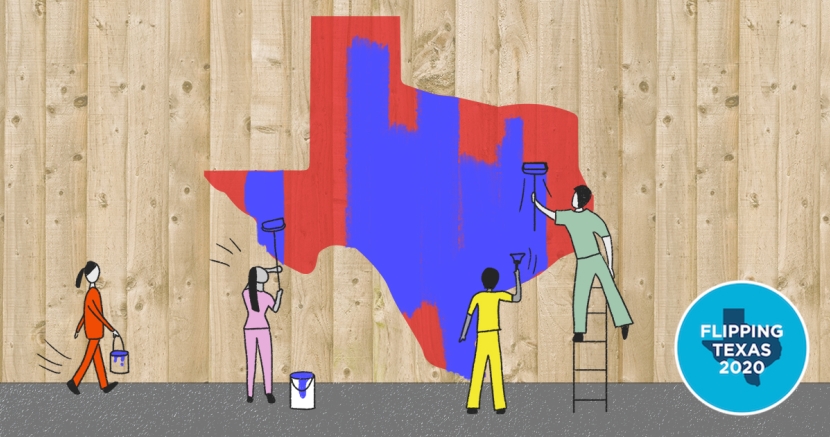 Ed Espinoza
Our case for progressive victory in Texas.

Throughout our nine-year history, Progress Texas has been closely watching the Texas electorate and political trends. And since 2017, we have taken a closer look at voter behavior, turnout data, and where the landscape is changing in our state.

One thing is abundantly clear: the changing political winds in our state heavily favor progressives by wide margins going into 2020.

Special Report: Flipping Texas in 2020 is a compilation of our research from 2017 and 2019 that offers data and makes the case for progressive victory in our state.

As the population of Texas has grown, so has the overall number of Democratic voters. However, Republicans have seen very little voter growth over the past 15 years, a very bad sign for a Party that presides over the fastest-growing state in the nation. What this means is that Republicans are not suffering as much from attrition (losing voters to Democrats) as much as they are suffering from stagnation (not growing their electorate).

The electoral growth is almost entirely in the state’s 20 most populous counties and home to 70% of the state’s population. And the data tells us that there are two sleeping giants in Texas: communities of color and people who have been moving to our state. Overwhelmingly, from 2012 to 2016, these voters have been moving to the Democratic column by an overwhelming ratio of 5-to-1.

Part 1
A Primer: 2016 first-time voters favored Democrats by margin of 5-to-1

Part 2
One chart that proves Texas is a battleground state

Part 5
Progressive issues are mainstream issues - even in Texas!

Part 6
There are two sleeping giants in Texas

This special report is a continuation of our previous report by a similar name. For further reading on this subject, you can view our 2018 report here.