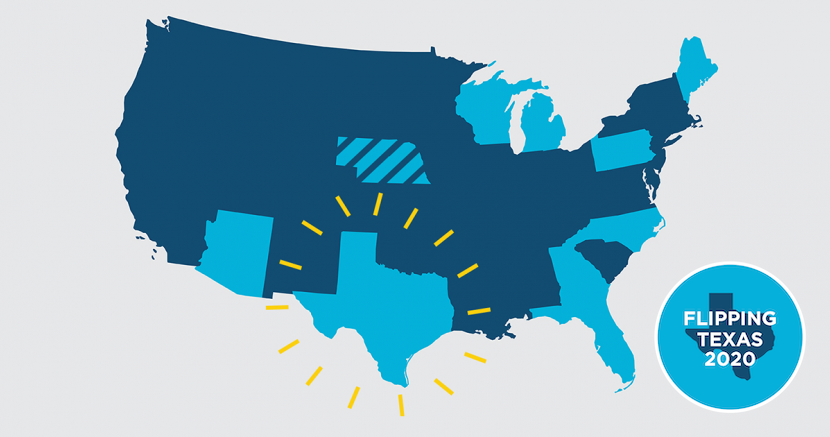 The most important reason why Democrats need to invest in Texas might be because they don’t have that many other places to go.

Over the weekend, The Washington Post published an article that referred to a tightening electoral map for the 2020 election.

Our internal calculations at Progress Texas, using the FiveThirtyEight polling page, also show there is a narrow path, though one that is slightly wider for Democrats than for Republicans: the “big four” of Florida, Michigan, Pennsylvania, and Wisconsin, as well as an expanded map that includes Maine, North Carolina, Texas, a singular elector in Nebraska, and potentially Arizona and Georgia (where there isn’t much polling currently available).

For the sake of argument, even if all of these states are included in the list, it is still the narrowest map we’ve seen in a generation.

What this means for Texas

The comment we often hear from national reporters is that “Texas is too big” or “Texas is too expensive” for national progressives to invest in the state and make a reasonable dent. But as we’ve written about at length, Texas has been trending Democratic for years and we are now at a tipping point. Add to that, Republicans have been losing ground here since 2014 in legislative and congressional races.

It’s often overlooked that the overwhelming majority of the state’s voters, nearly 70% of them, live in the state’s five metro areas. And while Dallas and the Houston media markets are expensive, by way of comparison the Austin, El Paso, and San Antonio markets are not. This means Democrats can place affordable ad buys in these markets to run up the score in areas that are already very blue. Geographically, this is less expansive geography of the state: the areas located along I-35 and adding El Paso and Houston on as a pair of wings.

There are many reasons to invest in Texas:

But the most important reason why Democrats need to invest in Texas might be because they don’t have that many other places to go.

Texas is battleground state and 2020 is the year progressives can work to see real change in our state.