Progressive issues are mainstream issues - even in Texas! 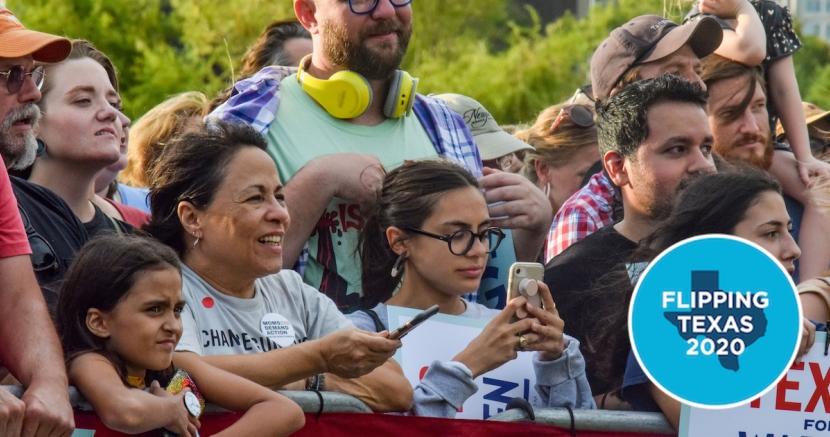 Image Credit
Photo courtesy @PoliPixCo
Ed Espinoza
Democrats have the opportunity to lead with values and conviction in 2020, and in doing that, they’ll be expressing the values of many Texas voters, too.

As the presidential race gets underway and Texas Democrats start discussing the strategy for 2020, one question keeps coming up: are Democrats too progressive?

The answer is no, because progressive issues are also mainstream issues, and it’s generally good politics to embrace the will of the majority.

Democrats have the opportunity to lead with values and conviction in 2020, and in doing that, they’ll be expressing the values of many Texas voters, too!

Yet when people ask if Democrats are “too progressive” (or “too liberal”), some are rarely able to articulate what that means. So we’ve taken the liberty of going down the list and comparing the most common progressive issues with four polls taken in Texas over the past year.

Here’s what we found:

Whether you call it Obamacare or something else, the issue is especially pertinent in a state with the highest number and percentage of uninsured people in America.

Up to one million people have been helped by the Affordable Care Act to date. One poll showed that 88% of Texans agree that pre-existing conditions should be covered, 91% said the state government should play a role in making sure the healthcare system is efficient, and 88% said the same of the federal government.

A majority of Texans support reforms such as red flag laws, background checks, and limits on high capacity magazines, according to a March poll from The Texas Tribune. This may seem like a surprise to people outside of the state who have the impression that we’re all Yosemite Sam out here, but the truth is that many Texans, including gun owners, agree that reforming our gun laws can make us all safer.

As we’ve written about before, Texas may be the fastest-growing state in the nation, but the Republican electorate has been stagnant for more than a decade. That explains why, during the 2019 Texas Legislative session, Republicans tried to pass a voter suppression bill (they failed) and voted to eliminate mobile voting locations (they succeeded).

In previous sessions, Texas Republicans have passed strict voter ID laws that allow gun licenses to be used for voting but not student IDs.

Similarly, 63% of Texans think the government should do something about climate change. And while Republicans have been slow to get on the climate train, younger Republican voters are already on board.

While our top Republican elected officials are decidedly anti-abortion, The Texas Tribune June poll shows that 82% of the Texas electorate agrees with some kind of legal abortion. While this number changes when you get into the particulars, the fact remains that more than 8 out of 10 voters agree with abortion access.

These issues matter because it’s important that Democrats are for something. Too often, progressive messaging revolves around explaining things, or even worse, it winds up along the lines of “we’re not as bad as the other guys say we are.”

Recently, progressives and Democrats alike have gotten better at leading with values-based messaging, and the recent electoral wins in 2016 and 2018 reflect it. As we’ve written before, “just because they hate the other guy doesn’t mean they’ll love you.”