The GOP way - find out which policies Texans want, then do the opposite. 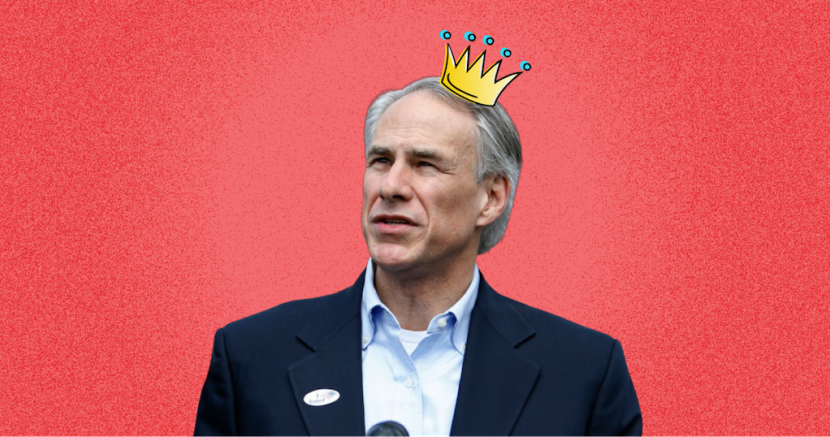 Republicans are out of touch with Texans — and reality.

Here’s how we imagine Texas Republican lawmakers navigate their approach to public policy: wake up in the morning, find out what policies Texans want you to support, and then do the exact opposite.

Don’t want anyone to carry a gun without a license? Too bad, the Texas GOP passed permitless carry. Think everyone in Texas deserves healthcare access? So do most Texans, but Republican lawmakers don’t care. Gov. Abbott even vetoed a popular bill that prevents animal abuse because he felt it was too much government control. That’s right — our governor who routinely overturns local issues stopped a bill to protect puppies.

Because those party leaders clearly aren’t aware, here’s where Texans stand on the issues. If Greg Abbott, Dan Patrick, or any Republican leaders are reading this, we hope it helps y’all figure out how to govern. But we aren’t holding out too much hope — we’ll take the reins in a few years anyway.

Expanding Medicaid could instantly give health insurance to over 1 million Texans, and all it would take is Greg Abbott’s signature. It’s massively popular in Texas, with 67% of voters supporting expanding Medicaid eligibility. It’s even popular at the Texas legislature, where it had enough bipartisan support to pass in the Texas House. Unfortunately, Senate Republicans refused to join in and GOP leaders never brought the legislation to a vote on the House floor.

Only 36% of Texans support permitless carry, and a majority support background checks for all gun sales.

Against the wishes of a majority of Texans, law enforcement groups, and gun safety advocates, Texas Republicans passed permitless carry, which allows anyone to carry a handgun without a license or training. This session was our first chance to pass common-sense gun reform measures after violence in El Paso and Midland/Odessa. But instead of passing popular legislation like mandatory background checks, the Texas GOP catered to a small, far-right minority.

More Texans are against the six-week abortion ban than in support.

Instead of expanding reproductive healthcare, Republican leaders passed a six-week abortion ban, which bans abortion before most women know they’re pregnant and allows anyone to sue a Texan who helped with abortion access; 46% of Texans are opposed to restricting abortion after six weeks, while only 44% are in support. GOP leaders also passed a “trigger ban,” which immediately bans abortion in Texas if Roe v. Wade is overturned — 53% of Texans oppose the law.

We don’t buy the GOP rationale for voter suppression laws.

One of the most controversial bills at the legislature this year was an omnibus voter suppression bill that was defeated by a historic quorum break. The bill was based on “election security,” or the Big Lie that there was voter fraud in the 2020 election. But only 19% of voters think that ineligible Texans frequently cast ballots, throwing away the GOP rationale for voter suppression.

52% of voters disapprove of the legislature’s response to our energy crisis.

After the legislative session, Greg Abbott said that "everything that needed to be done was done" to fix the power grid in Texas. Days later, ERCOT asked us to conserve energy and protect our grid from another failure. It’s clear that our leaders haven't done enough to solve our energy crisis, since Republicans are afraid of anything that might involve some regulation. Texans agree — 52% disapprove of the legislature's response to our energy crisis.

Only 13% of Texans think marijuana should be illegal under all circumstances.

Legalizing marijuana is a no-brainer — it would bring in needed tax money to our state, help Texans with medical needs, and reduce the number of Texans impacted by marijuana-related offenses. A whole 60% of Texans support legalizing marijuana for recreational use, a clear majority. It’s high time for the Texas GOP to get on board with this budding industry and pass marijuana legalization in our state.

Teaching U.S. history without whitewashing it

Texans are against banning school materials that teach the history of racism in the U.S.

Abbott has already announced that the upcoming special session will tackle “critical race theory,” a Republican attempt at whitewashing history. The legislation would likely limit the use of teaching materials that emphasize racism in U.S. history, which could prevent students from learning the full history of the Confederacy, slavery, and Jim Crow; 45% of Texans oppose the measure, compared to 44% in support.

Texans are opposed to criminalizing homelessness in our state.

A new law in Texas makes it a criminal offense to camp in a public area, targeting unhoused Texans for not having a secure place to live. Our own Progress Texas poll conducted in March of this year shows that a majority of Texans believe that the state should be doing more to address homelessness, 50% in favor with only 25% opposing, and 25% undecided. It’s safe to say that criminalizing homelessness is not what they meant when they aligned with “the state should do more.”

From marijuana legalization to common-sense gun reform, Texans support progressive policies that benefit our state. Texas is shifting bluer each year, and by supporting candidates who champion these causes, we can win elections and put those policies in place. Make a donation to Progress Texas today to help flip Texas blue!