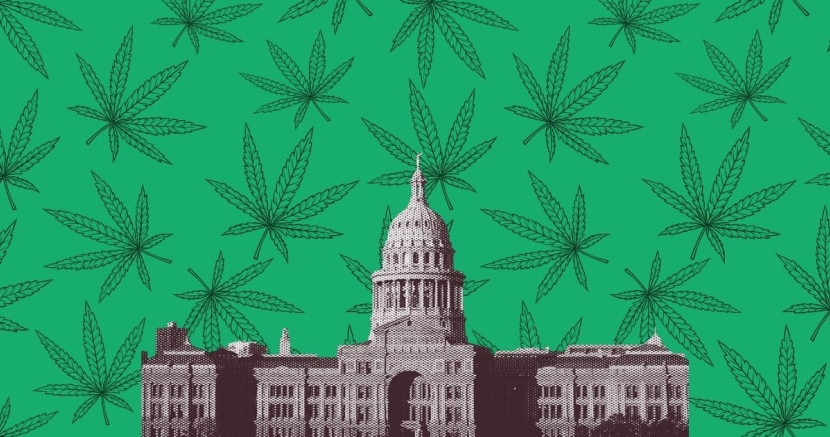 Texas Marijuana Bills: Have they passed or gone up in smoke?

An update on marijuana bills at the Texas Legislature

With less than three weeks left in the 87th Texas legislative session, proposed bills are moving fast through the Capitol and lawmakers are doing everything they can to fast track legislation on issues they are prioritizing. While all eyes may be on the movement of bills regarding issues like abortion or guns, marijuana policy has also been making it’s way through the pink dome.

This legislative session has brought forth the most bills filed surrounding marijuana policy, everywhere from reducing criminal penalties to expanding medical marijuana access. Here is a breakdown of some of these bills:

These bills, filed by Representatives Joe Moody and Ryan Guillen, and Erin Zwiener, respectively, have been passed by the Texas House and include proposals to reduce criminal penalties for possession of marijuana.

HB 2593 would reduce penalties for cannabis concentrates. This proposal is incredibly important considering the felony charges currently assigned to even small amounts of cannabis oils, waxes, and infused edible products. HB 441 would make possession of up to one ounce of cannabis a class C misdemeanor that does not come with the threat of jail time. The bill would also end the threat of being arrested for low-level possession and give people the opportunity to avoid a conviction by providing for deferrals and dismissals, and create a path for expungement.

HB 1535, filed by Representatives Stephanie Click, Donna Howard, Tom Oliverson, Jay Dean and Four Price, has passed through the Texas House and seeks to expand access to medical cannabis. The bill would expand the Texas Compassionate Use Program, which is currently limited to qualified patients such as cancer patients, veterans with PTSD and those with chronic pain that would usually be treated with opioids. It would also increase the state’s THC limit for medical marijuana products - the current THC cap percentage is 0.5% and this bill would increase it to 5%, a significant increase.

HB 567, filed by Representatives James Frank, Candy Noble, Gene Wu, Keith Bell, and Harold Dutton, has passed through both the Texas House and Senate and is awaiting signature from the Governor. HB 567 adds a new limitation on removals under Family Code, Section 262.116, that states testing positive for marijuana use alone is not a sufficient reason for removing a child from his or her home.

HB 1178, filed by Rep. Jasmine Crockett, was passed out of committee and has been placed on the General State Calendar. This bill would remove criminal penalties for the possession of drug paraphernalia under the Texas Controlled Substances Act.

According to a 2021 report by the University of Houston’s Hobby School of Public Affairs, 77% of voters in Texas support a change in the law to limit punishment for the possession of small amounts of marijuana to a fine of $250 without jail time.

Current marijuana laws disproportionately impact people of color. Black Texans are 2.6 times more likely to be arrested on marijuana charges, and a person found in possession of up to two ounces of marijuana could get up to six months in jail and a fine of up to $2,000. Drug convictions for marijuana create a lasting effect on a person's criminal record and have significant social and economic consequences.

Comprehensive marijuana policy is a racial and criminal justice issue. These bills are a long overdue step toward the decriminalization of marijuana, following in the footsteps of states who have already done so.