How about a special session on Medicaid expansion, Gov. Abbott? 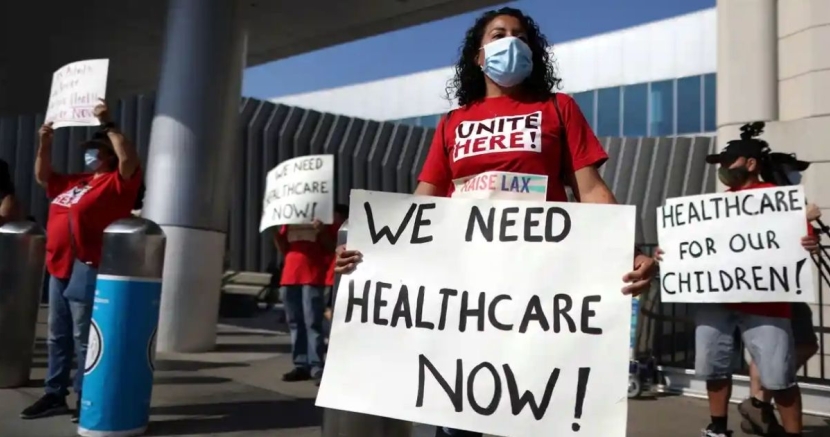 Wesley Story
SCOTUS saved the Affordable Care Act for a third time, Republicans can make up for lost time by passing Medicaid expansion.

It’s official. Gov. Greg Abbott announced that the first special session of 2021 will begin July 8, however, he has still not revealed what items will be included on the agenda.

During the regular session, Republican lawmakers ignored the issues most important to Texans and prioritized harmful legislation such as a 6-week abortion ban, anti-trans bills, permitless carry, and racist voter suppression policies.

Abbott has a chance to do right by Texans and shift the focus of the special session to address the multiple crises our state is experiencing, including the health care crisis. Texas is the most uninsured state in the nation, and a majority of Texans want state leaders to finally take action by expanding Medicaid.

Medicaid expansion had bipartisan support at the beginning of the 2021 regular session, but Republicans abandoned Texans and pandered to their far-right base. Now, after losing the fight to repeal the ACA in court, Republicans should accept that the law is not going anywhere and embrace the ACA as a tool to expand access to health care for their constituents.

The ACA is here to stay.

In a recent decision in California v. Texas, the Supreme Court saved the Affordable Care Act for a third time.

The case started in Texas and was spearheaded by our very own indicted Attorney General Ken Paxton. In a 7-2 ruling, the Court said plaintiffs did not have standing to challenge the individual mandate portion of the ACA, meaning the law can stay intact.

Republicans have repeatedly tried and failed to repeal the ACA since its passage in 2010 for no reason other than partisanship and pettiness. Texas has the highest uninsured rate in the nation, and it’s disgraceful that our state helped lead the charge to try and destroy the ACA. If Republicans had been successful, it would have been devastating for millions of Americans who are insured through the ACA and rely on the law’s protections for pre-existing conditions.

Health care is a human right.

With millions of uninsured Texans living without access to affordable health care, our lawmakers should be fighting to expand access, not working to restrict it even more.

According to the Kaiser Family Foundation, about 1.4 million more Texans would become eligible for Medicaid coverage if the state were to expand its program, and about 75% of them would be people of color.

Health care is not a bargaining chip, and it’s not something that should be politicized to make a point. Health care is a matter of life and death. It’s a human right, and every person deserves access to affordable care.

In the upcoming special session, health care must be a priority. Expanding Medicaid just makes sense — it would save lives and save money. Plus, it’s the moral thing to do.

If Republicans continue to abandon issues a majority of Texans care about in exchange for red meat issues that appeal to fringe, far-right extremists, they’ll face the consequences at the ballot box.

Take action by submitting a public comment and urging Texas leaders to include coverage in the state’s request for federal Medicaid dollars.