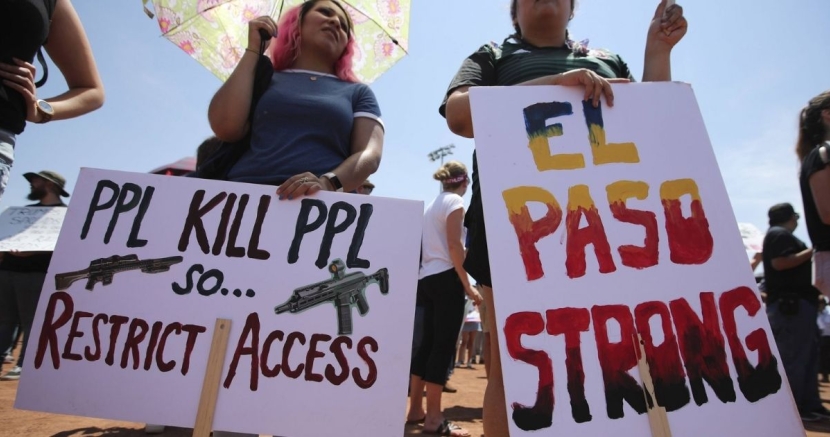 As we emerge from the COVID-19 pandemic, Texans are starting to go back to social gatherings and public spaces. But a return to normal also means a return to the problems we faced before, and that includes the gun violence epidemic.

From El Paso to Sunderland Springs, too many Texans have faced gun violence in their homes, schools, churches, grocery stores, and community spaces. It’s no secret that Texas is a gun-friendly state. But  when it comes to doing something about gun violence, lawmakers are all talk and no action.

A majority of Texans agree that we need common-sense gun safety legislation, but thanks to the NRA, the gun lobby, and a small minority of pro-gun advocates, Republican leaders have been resistant to change.

After the 2019 massacres in El Paso and Midland-Odessa, some Texas Republicans finally seemed open to common sense gun reform measures that would save lives in our state. Most notably, Gov. Greg Abbott said that “the status quo in Texas is unacceptable,” while Lt. Gov. Dan Patrick claimed he was “willing to take an arrow” on gun safety legislation. With Texans demanding a response to the deadly shootings, both politicians claimed that they approved of taking action to close background check loopholes and keep Texans safe from gun violence.

But when Abbott and Patrick unveiled their priorities for the 87th legislative session, gun safety was nowhere on the list. As a result, advocates worried that they had abandoned their support for common-sense gun legislation, a fear that’s become a reality as the session draws to a close.

Now that the memories of the 2019 shootings have faded from their minds, the same Republicans that signaled openness to gun reform have turned a hard right in the opposite direction.

Even in a state with a high rate of gun ownership, a majority of Texans are opposed to permitless carry, including half of Republican women. Texas police associations have also opposed the bill, citing the threat it poses to law enforcement officers and the general public. By pushing permitless carry, GOP leaders are pandering to a small, far-right constituency and putting all Texans at risk.

Despite broad, bipartisan opposition from gun safety advocates and police associations across the state, permitless carry is one governor's signature away from becoming law. In a party-line vote, the Texas Senate approved the legislation that will allow nearly anyone to carry handguns with no training or license. When Sen. César Blanco offered an amendment to close background check loopholes, the same policy Abbott and Patrick supported in 2019, the Republican Senators shot it down.

Permitless carry isn’t the only senseless gun legislation pushed by Republican leaders at the Texas legislature. After President Biden said he planned to take executive action on guns, Gov. Abbott announced he would declare Texas a “2nd Amendment Sanctuary State,” meaningless and unconstitutional legislation meant to score political points. The next day, five Texans were injured and one was killed in a workplace shooting in Bryan.

In 2019, Greg Abbott and Dan Patrick recognized that gun violence is a problem in Texas. But instead of pushing for solutions, they’ve turned their back on their gun reform promises. We need action to protect Texans and promote gun safety. But for now, it's clear Abbott and Patrick only care when the cameras are on.

Common Sense solutions supported by a majority of Texans

In a state like Texas, it can sometimes feel like the gun debate is too divisive to find common ground. But there are common-sense solutions to gun violence that most Texans support, and our legislators need to focus on gun violence solutions instead of partisan distractions.

Red flag laws - 68% of Texans support this legislation. Most gun deaths in Texas are from suicide. These laws allow families to limit a person’s access to guns if they prove to be a danger to themselves or others.