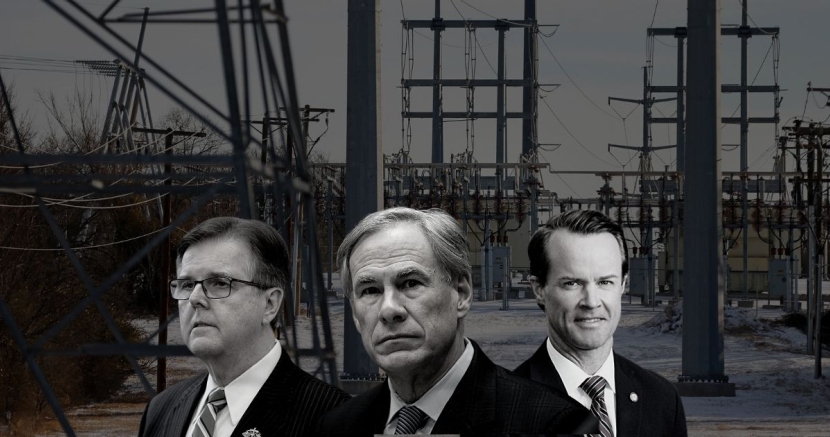 Congratulations! Despite the Texas Legislature’s failure to adequately address the causes of the near-total collapse of the state’s electric grid during Winter Storm Uri, you are able to read this because, for the moment, your electricity remains on or your phone or laptop are sufficiently charged.

Keep them charged and keep some candles handy, too, because the Legislature fell way short of protecting the state against blackouts at high-demand times like this summer and other times.

The Legislature did manage to pass massive bailout packages – they called the bailouts “securitization bills” – for energy providers who suffered losses during the storm. The bailouts, in the form of bonds and loans, will be paid off by Texas consumers, who will see their bills go up several dollars per month over the next few decades. Estimates put the charges at between $80 billion and $120 billion.

In other words, they are going to charge Texans for the privilege of having their electricity cut off in the middle of the February freeze that may have killed several hundreds of us.

One reasonable measure failed to pass. HB 2000, with broad bipartisan support in the House, failed to pass in the Senate. It was a $2 billion infrastructure bill that would have provided zero-interest loans to broadband providers, water systems and other critical services.

In another move, the Legislature mandated that future board members of the Electric Reliability Council of Texas, ERCOT, hail from Texas. That seems just a bit curious, since it was the Texans in the governor’s office, the Legislature and state regulatory agencies that got us into this mess in the first place.

Also, read Section 83.044 of SB 3, one of the biggest electric grid-related bills. It’s titled, “Weather Emergency Preparedness” and it’s ostensibly about, well, preparing in advance for weather emergencies. What the section really does is prepare more loopholes for the gas folks than the Olympics has rings.

Under its provisions, the Railroad Commission can ask the attorney general to take enforcement action against a gas operator only under certain far-fetched circumstances. By analogy, it’s like a speeding ticket can only be given to you after several earlier warnings and only if you happen to be wearing a pork pie hat and you are painting your toenails as you drive.

Legislators did set up a statewide alert system “when the power supply in this state may be inadequate to meet demand.” This is an important step, and we should applaud lawmakers for it. I think the alert should be forever known as an “Abbott Alert” after the governor on whose watch the February grid failure happened.

Also, while the natural gas industry ice skates out of any serious new demands, electric generators will have to do a better job weatherizing their facilities. That is all to the good.

Winter Storm Uri hit on February 13, one month and one day after the Legislature convened its regular session on January 12. With more than 20 percent of the 140-day session gone, few expected lawmakers to take sufficient action to protect Texans from future electric grid failures.

Still, while we expected less, we deserved more. To paraphrase an old joke, “Where was the Legislature when the lights went out?”