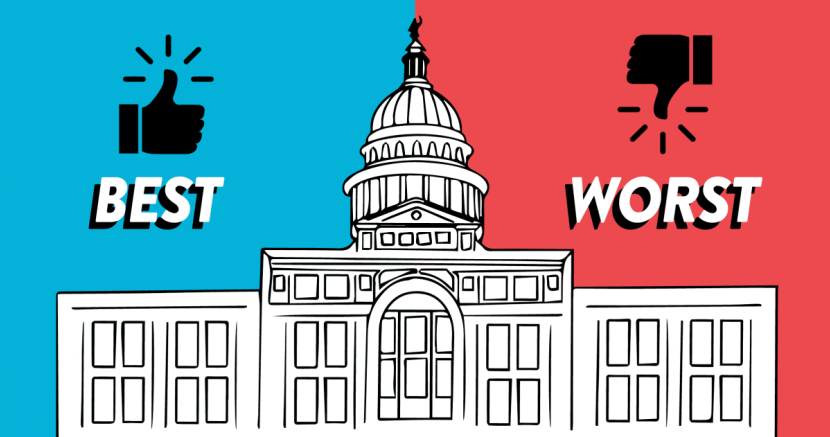 Progress Texas
The 86th Texas legislative session had it’s good moments, but it also had its bad. Here’s a list of the best and worst moments from this year’s session.

Here’s our list of the top best and worst moments of the 2019 Texas legislative session.

1. Rep. John Bucy forcing a vote on Medicaid expansion
Newly elected Democrat Rep. Bucy stood up for Texas families by pushing Medicaid expansion - an effort that reflects the needs of real people living in our state.

Thank you @BucyForTexas for fighting to expand Medicaid to fill the coverage gap and increase access to quality healthcare for all Texas families. #ExpandMedicaid #txlege #txbudget pic.twitter.com/cZXS7nTUzf 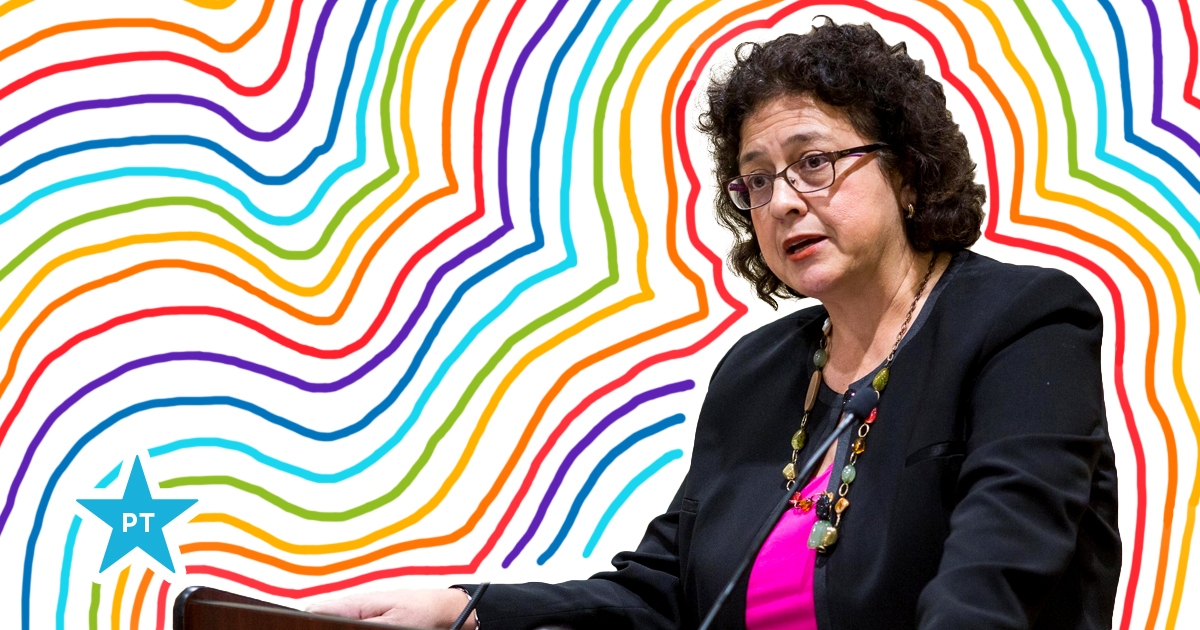 3. Rep. Donna Howard standing up against national lies about abortion being turned into laws
In the face of extremist anti-abortion efforts, we can always count on Progressive Champion Rep. Howard to call out the lies of Texas lawmaking and remind the Texas House of their collective responsibility to pass bills that improve the lives of Texans - not harm vulnerable communities. 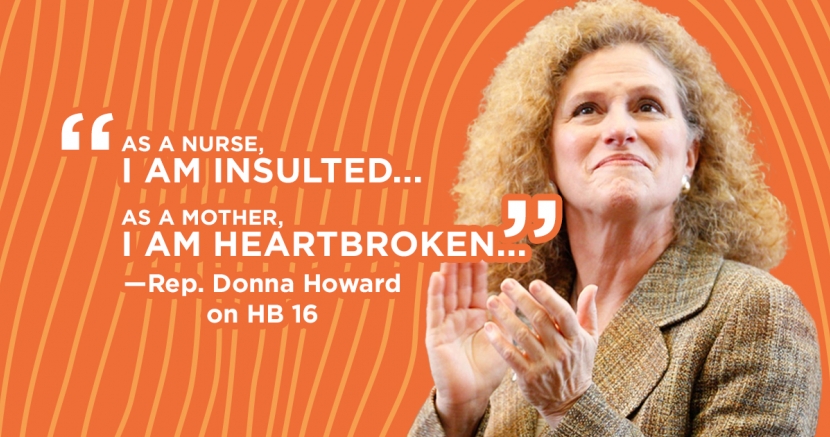 4. The Texas Voting Rights Coalition putting a hard stop on voter suppression
Even after the House Elections Committee closed registration early, testimony against the anti-voter Senate Bill 9 went past midnight. Folks from across the state showed up to make their voices heard and oppose a bill that sought to oppress the right to vote. 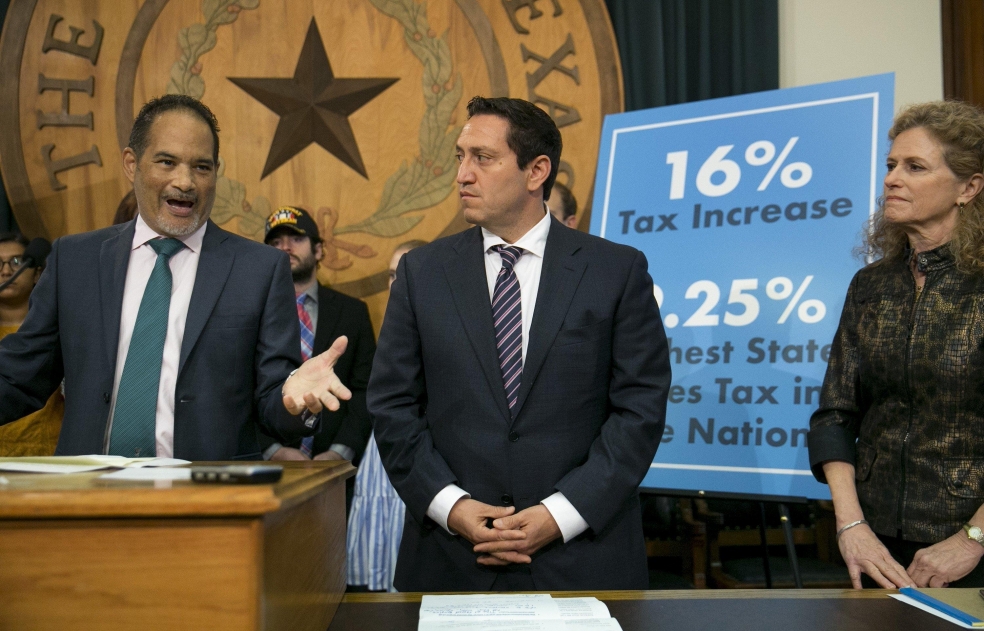 1. Noted not-scientist, Rep. Jonathan Stickland proudly declaring science around vaccines to be "Sorcery!"
Tarrant County Tea Partier, Rep. Stickland, continued his predictable House floor tantrums this session to, most notably, call decades of medical research into question. With seven years of producing zero legislation to improve the lives of Texans, this may be Stickland’s last year of representing anyone at all. 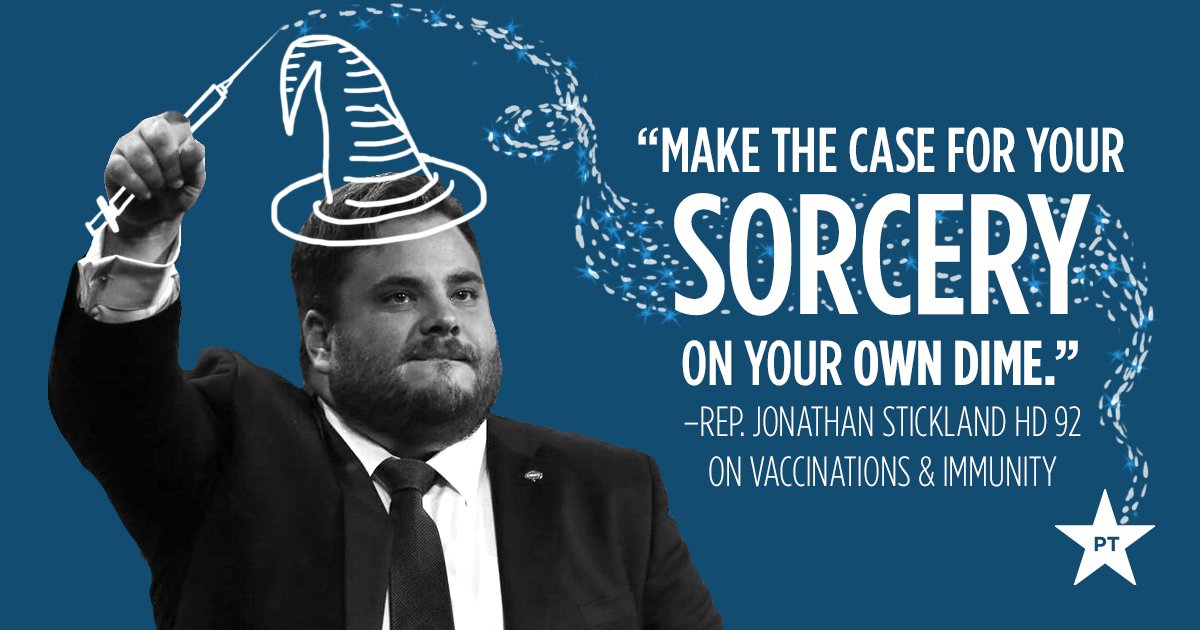 2. Lt. Governor Dan Patrick denying a vote on marijuana reform supported by the vast majority of Texans
This monumental piece of legislation had the power to keep thousands of Texans out of jail, and out of the poverty that exists after incarceration -- but sadly, Patrick went against the vast majority of Texans and killed legislation that would decriminalize marijuana in Texas. 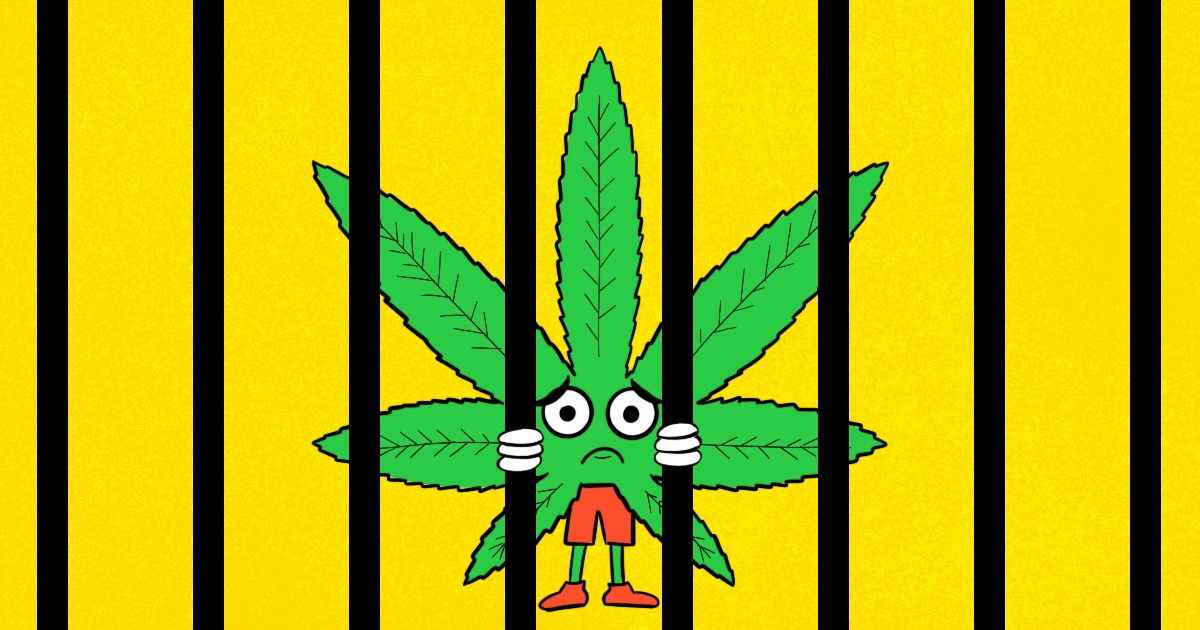 3. Conservative ‘tough guy’ lawmakers not only pushing legislation to criminalize abortion, but berating an intern in the process
Texans deserve to make their own health care decisions with the help of medical professionals, without extremist politicians getting in the way - sadly Rep. Jeff Leach, who only won his race by a handful of votes, can’t help but fuel anti-abortion fodder. 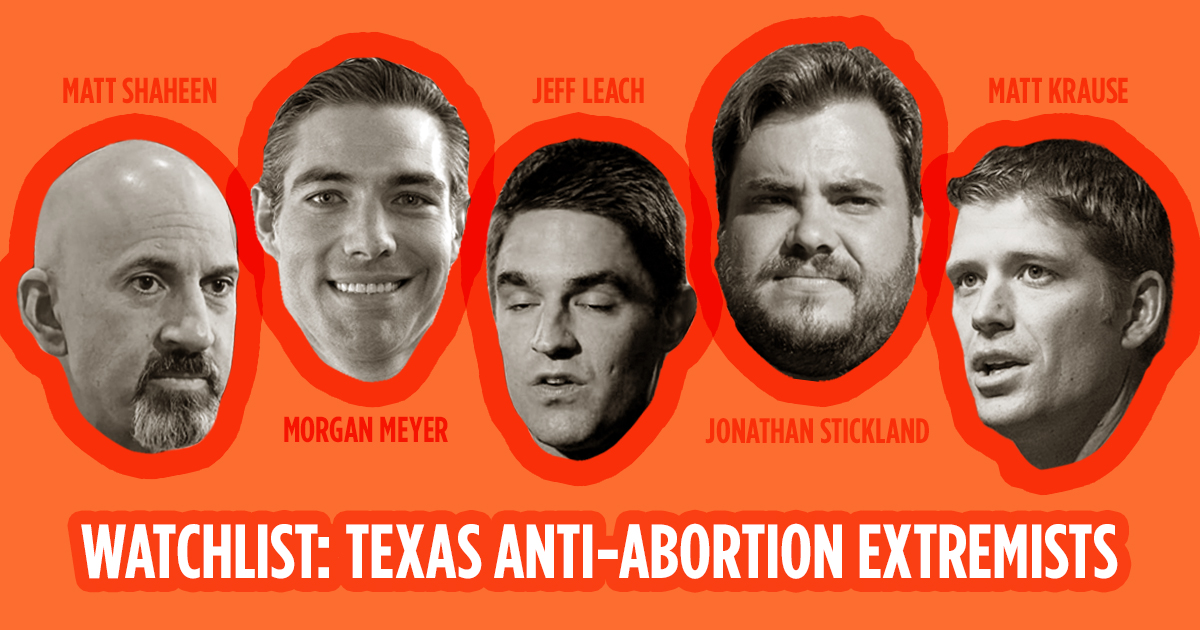 4. Anti-gay lawmakers championing legislation that would open the door to discrimination against the LGBTQIA+ community
Texas Republicans may be quieter about their homophobic agenda this legislative go ‘round, but their intentions are loud and clear. We will continue to fight for the rights of LGBTQIA+ Texans until our legislature reflects the real people who live, work, and raise families in our state. 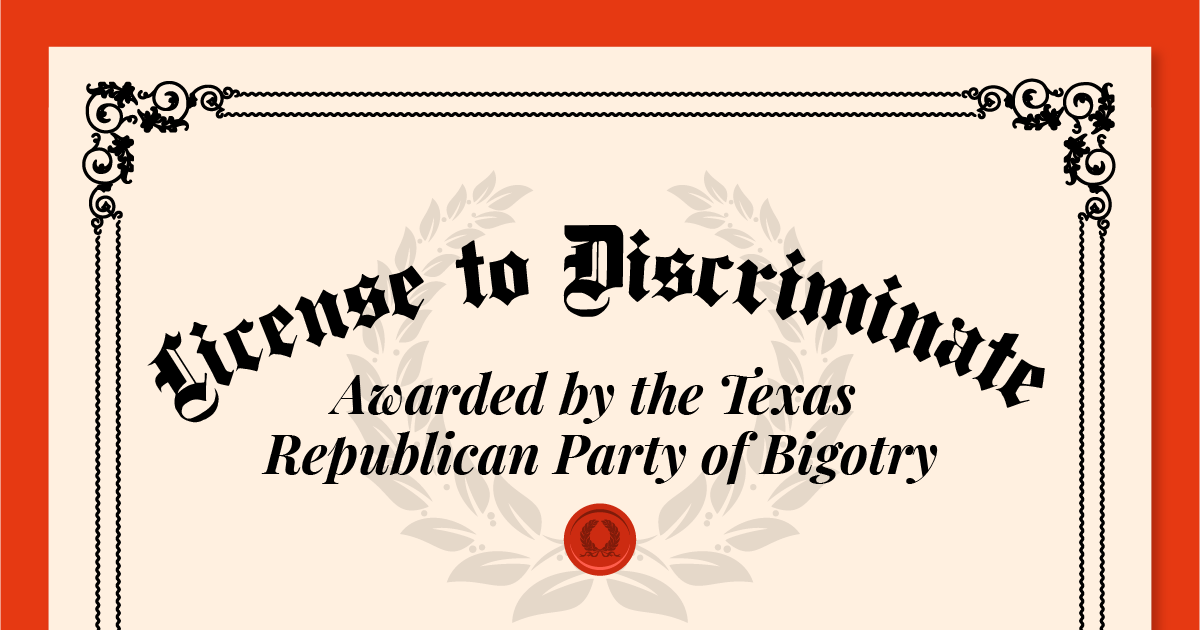 5. The seemingly endless (I mean really?) attack on the right of Texans to access quality reproductive healthcare services
Texas conservatives continue to push lies into laws through inaccurate and harmful narratives that would prevent access to quality care and criminalize abortion. Texans who have had an abortion stood up to Texas lawmakers to speak truth to power. 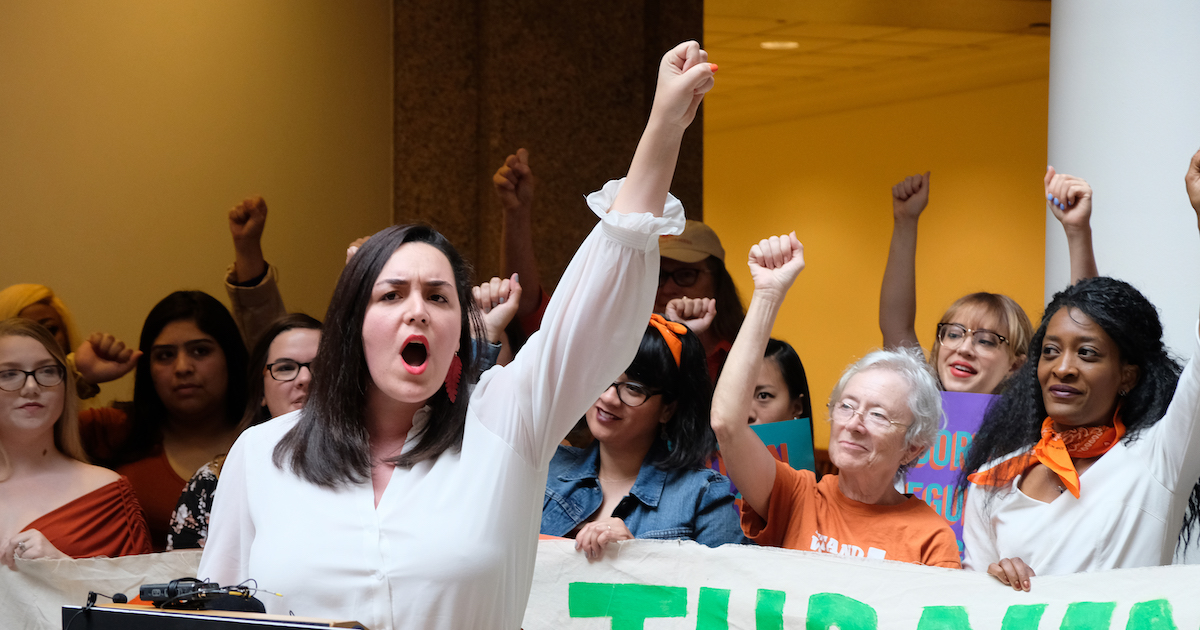 Major takeaway from this session?

Our state is on the verge of progress, but conservative lawmakers in power are holding us back. But they’re not going to go down without a fight. We need new leadership if we want to see our progressive values reflected in our laws.

As the 86th legislature ends, we have our sights set on 2020. We’re ready to keep up the fight, are you?