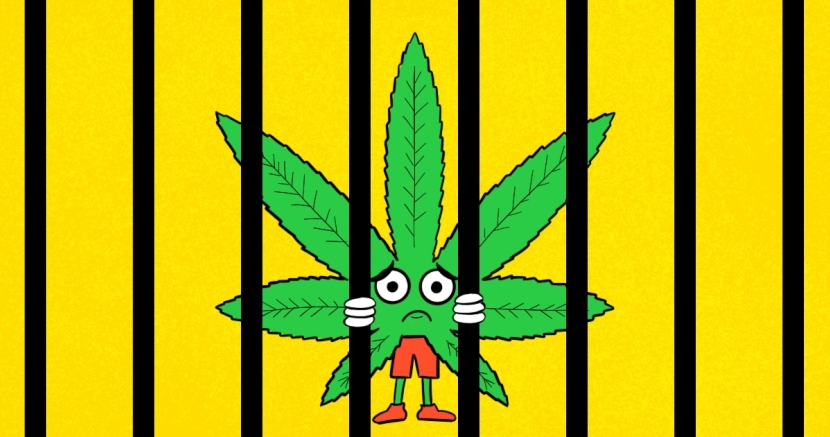 Texans want marijuana reform, but Lt. Gov. Dan Patrick and Gov. Greg Abbott are standing in the way of any real progress.

On Monday, the Texas House passed Rep. Joe Moody’s House Bill 63, which if made into law, would treat possession of one ounce or less of marijuana like a traffic ticket by lowering the penalty from a Class B to a Class C misdemeanor.

Currently, Texans can face a $2,000 fine and up to six months in jail for small marijuana possessions. This monumental piece of legislation has the power to keep thousands of Texans able to pursue jobs without discrimination, out of jail, and out of the poverty that exists after incarceration.

According to Moody, it's been 45 years since the Texas Legislature passed marijuana reform. If this bill were to pass in the Senate and be signed into law, it could stop 75,000 Texans from being arrested annually and save millions in local tax dollars.

It's been 45 years since the #txlege passed marijuana reform. Today, we took a huge step forward when the House supported HB63. The bill would stop 75K Texans from being arrested annually & would save ~$735 million in local tax dollars. #CJReform https://t.co/1KzZGF79Is

While this was a historic step in the right direction for the Texas House, there is still much to be done in the fight for marijuana decriminalization in Texas.

In hopes of getting his bill on the governor’s desk, Rep. Moody had to change the bill on the chamber floor from a decriminalization measure to one that reduces the penalties for possession. The bill then passed 98-43.

Our top lawmakers are standing in the way of progress.

Criminal Justice Chair @Whitmire_John is right that #HB 63 is dead in the @Texas Senate. I join with those House Republicans who oppose this step toward legalization of marijuana.

Patrick has been vocal about his opposition to reducing possession penalties in the past. He would rather Texans continue to go to prison and waste taxpayer dollars, instead of taking a hint from states across the country that have spearheaded successful reform on this issue.

So now, like a coward, Patrick is going to use his powers to prevent a vote on the bill in the Senate after it received overwhelming support in the House.

According to a poll from The Texas Politics Project from February of this year, a majority of Texans believe that at the very least, possession of small amounts of marijuana for any purpose should be legal.

Texas is falling behind when it comes to marijuana reform and the lack of action from our top government officials is hurting our state. We cannot continue to ignore an issue that impacts so many, and we must hold lawmakers accountable when their decisions are not in the best interest of Texans.

Join us in calling on lawmakers to take a vote on House Bill 63 in the Senate.

Juneteenth celebrations across Texas in 2021