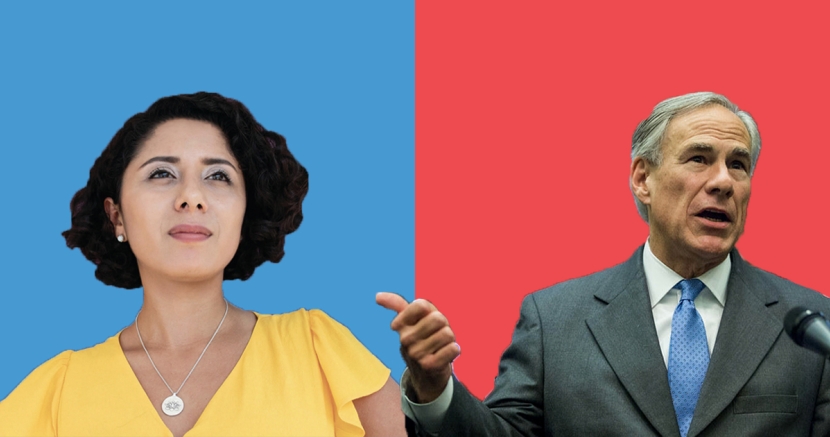 In times of crisis, progressives show how leadership is done

While conservative lawmakers have punted responsibility, progressive leaders across the state are stepping up.

A clear trend has arisen the last couple of months as the novel coronavirus spreads throughout our state.

Local leaders in more urban, progressive parts of the state have worked to get ahead of the pandemic by implementing policies that protect Texans’ health and safety, while conservative lawmakers have been slow to act, putting Texans at greater risk.

Though this trend is not unique to this pandemic, the crisis has exacerbated the issue and made the differences among party lines more obvious to a growing, changing Texas population.

Let’s take a look at how progressives across the state have responded to COVID-19 and compare it to the actions of our Republican lawmakers, shall we?

Throughout this pandemic, Gov. Abbott has pushed aside his responsibilities and left the difficult decisions up to local leaders. He waited far too long before issuing a statewide stay-at-home order, and even then, completely butchered the announcement by refusing to say the most critic al message of the order: “stay-at-home.”. He’s refused to expand access to vote-by mail for Texans. He’s exploiting the pandemic to attack abortion care. He put a price tag on a defendant’s right to health and safety. And he’s bowed down to Trump at every turn.

On the other hand, local officials like Harris County Judge Lina Hidalgo (pictured above) have worked tirelessly to keep Texans informed and protect their health and safety. They issued stay-at-home orders for their counties in a timely way and pleaded with Abbott to issue one for the state. They sent a letter to Abbott calling on him to recognize that abortion is essential health care. And they’ve worked within their communities to support Texans who are struggling because of this pandemic.

Hidalgo specifically has worked with local businesses and organizations to find solutions to equipment shortages, ordered the release of some non-violent inmates from Harris County Jail to protect their health, and more.

True to form, Senators Ted Cruz and John Cornyn’s actions during this pandemic have been nothing short of embarrassing. While Texans are dying, they have resorted to racist attacks in an attempt to scapegoat China, endangering Texans of Asian descent in the process. Texans can see right through their deceit. They are attempting to distract from their own inaction, and in doing so, digging an even bigger hole. Here are the facts:

While that’s what our senators have been up to, the Texas Democratic Congressional Delegation has helped to push forward proactive policies to help Texans, including promoting stay at home guidance, passing protections for small businesses, and ramping up testing facilities, all while hosting tele-town halls, promoting the census, and ensuring their communities have the most up-to-date information. They also sent a letter to Abbott and Secretary of State Ruth Hughs urging them to implement no-excuse vote-by-mail.

Lt. Gov. Dan Patrick went on national television and suggested that grandparents would be willing to sacrifice their lives to fix the economy. Not only was the statement heartless, but it ignored the millions of younger Americans who are vulnerable to COVID-19, and was completely at odds with the values of everyday Texans. It was also a false choice.

Texas’ indicted-Attorney General Ken Paxton has spent all of his spare time during the COVID-19 pandemic whipping out press releases, spending taxpayer resources to try to block expanding vote-by-mail and access to abortion care. But what’s new?

Voters across the state have advocated for universal vote-by-mail since the pandemic first started to impact Texans. Our petition alone has nearly 6,000 signatures at the time of this article. But while voting rights groups and every day Texans have worked to protect their safety and fundamental right to vote, our indicted-AG Ken Paxton has done the exact opposite. In a recent letter, Paxton said that groups promoting expanded vote-by-mail may face criminal prosecution.

“This unlawful expansion of mail-in voting will only serve to undermine the security and integrity of our elections and to facilitate fraud," Paxton said in a statement.

In addition to Paxton’s actions against mail-in voting, he’s also exploited the pandemic by using it as an opportunity to go after Texans’ abortion rights. With another simple press release, Paxton waged war on Texas abortion providers and patients, blocking essential, time-sensitive health care for hundreds. (The first time abortion care had been blocked in a U.S. state since before Roe v. Wade in 1973.)

Fortunately, patients, providers, and abortion advocates are not giving up without a fight. Quickly after Paxton’s release, groups filed suit against the state in federal court and have been working hard to make abortion accessible to all Texans. Recently, the 5th Circuit dissolved one of their prior decisions and made medication abortion available again. The fight will continue.

A week before Abbott finally issued a statewide stay-at-home order, Texas House Democrats called on him to do just that. They knew how important it was for Texans to stay home, and saw what Abbott’s inaction meant for our state (a patchwork of local orders meant there were many cities and towns that were not asking residents to stay home). In addition to calls for a stay-at-home order, some Texas House Dems also sent a letter to Abbott calling on him to recognize that abortion is essential health care, worked to provide health care workers in their communities with PPE, and have gone above and beyond to keep Texans informed and hold our leaders accountable.

Meanwhile, their counterparts have chosen to incite fear, echo Trump’s racist rhetoric, and put the economy ahead of Texans’ lives:

THREAD: Yesterday, these 9 Republican state reps sent a letter to @GovAbbott asking him to relax the state’s stay-at-home guidelines, which would put even more Texans at risk. It took less than a sentence for them to refer to the novel coronavirus as the “Wuhan virus.” #txlege pic.twitter.com/hI2lFLXdf1

We can’t make this any more obvious. Conservative lawmakers are failing Texans during this crisis. Our state is fortunate to have progressives in office at the local level who are stepping up and understand the importance of this moment that we’re in.

That being said, it’s important to know what’s coming. When all is said and done, conservatives will do a couple of  things: 1) they’ll try to take sole credit for getting Texans through this crisis and 2) they’ll try to blame the other side for any failures or long term negative consequences of this crisis. Don’t be fooled by their predictable lies.

It is our job to remember who was on our side when it mattered. In recent years, Texas voters have been electing more progressive leaders to local office - and these are the leaders who are demonstrating a track record of getting the job done.