5 reasons why Texas voters would benefit from vote-by-mail 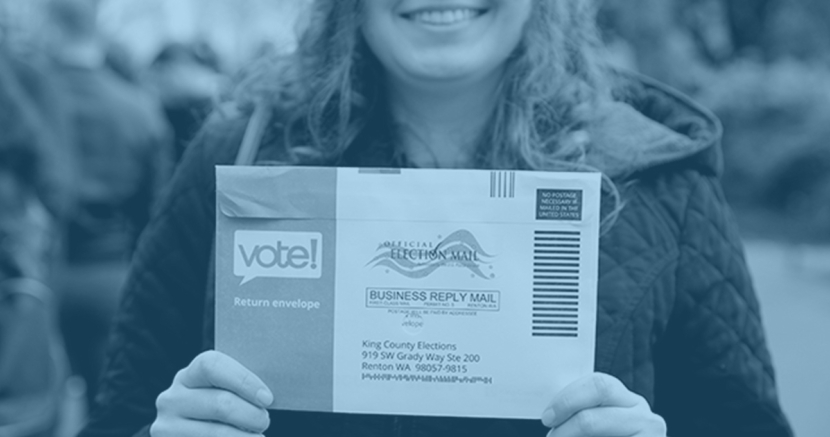 Universal vote-by-mail is good policy, even when not faced with a global pandemic. But in these uncertain times, it’s more important than ever that our leaders step up to protect Texans’ health, safety, and voting rights. In order to do that, our state must expand access to voting by mail to all Texans.

Texas should be doing everything it can to avoid a situation where voters have to choose between their health and their right to vote, like what happened in the Wisconsin primary. Unfortunately, the Texas GOP and Republicans across the country are opposing this solution. The reason for their opposition may seem a bit unclear or confusing, so we decided to break it down.

Here are 5 reasons why vote-by-mail would benefit Texas voters:

The numbers don’t lie. Study after study has shown that expanded access to voting by mail increases voter turnout. It increased turnout by as much as 18 percentage points in Utah, and by as much as 31 points among low propensity voters in Colorado

Higher voter turnout is good for Democracy, but it’s bad for Republicans who have been able to stay in power by suppressing the vote.

Getting a ballot into the hands of voters removes barriers; voters have time to research candidates and issues and busy people can save time by skipping the line at a polling place. But for far too long, Republicans have relied on a strategy of voter suppression to hold on to power, such as banning mobile polling locations as recently as 2019. They know that if all eligible voters had a say, they’d be out of office in an instant.

3. It puts power in the hands of the people. Literally.

The more we break down barriers to voting, the more we are putting the power in the hands of the people. The reverse to this is redistricting, where politicians pick their voters instead of the other way around. This is an overarching theme that has threatened Republicans for years. Instead of growing their base and bringing in new voices, they are scared and they want to hold on to power for as long as possible. They know progressives are building power in the state and across the country.

Donald Trump said the quiet part out loud recently when discussing why he opposed funding for mail-in voting as part of a coronavirus stimulus bill:

"They have things, levels of voting, that if you ever agreed to it, you’d never have a Republican elected in this country again.”

Later, a reporter confronted him on his hypocrisy and the fact that he voted by mail in Florida’s election last month. Here’s the exchange:

President Trump: "I think mail-in voting is horrible, it's corrupt."

Reporter: "You voted by mail in Florida's election last month, didn't you?"

Reporter: "How do you reconcile with that?"

Trump: "Because I'm allowed to." pic.twitter.com/Es8ZNyB3O1

Don’t let any of their other excuses fool you. It’s been known for a long time that Republicans’ opposition to voting rights efforts was solely political, but now Trump finally said the secret out loud.

Republicans want to stay in power, and they’re willing to sacrifice our democracy in order to do so.

Texas Republicans defend aggressive voter purges and discriminatory voter ID laws with the myth of voter fraud, but in reality, claims of widespread voter fraud are lies used to mask their real intent—to suppress voting at any cost.

Texas Republicans have been advancing the voter fraud myth for years, and in 2016, Trump took the strategy right out of the Texas GOP playbook. Now, they’re using that same strategy to undermine voting by mail.

The problem with that argument? Even in states that vote completely by mail, election fraud is extremely rare. And experts say states can implement things like ballot tracking, as well as pre-paid postage and ballot drop boxes which eliminate the need for voters to hand over their ballots to a third party.

The only legitimate concerns being raised about expanding access to voting by mail are those focused on money and logistics. These concerns are understandable, but they’re still not good enough reasons to disenfranchise thousands of voters.

Texas already allows voters 65 or older, sick or disabled, or living outside their county of residence to vote by mail. Yes, additional resources and funding will be needed to expand that access to everyone, and yes, the process may be difficult. But if it is being done for some voters then the benefit can be expanded to all voters, and just because something is hard does not mean that it shouldn’t be done.

Texas would not be reinventing the wheel. We have other states to look to for guidance and we have the systems in place to build on that we’ve already been using for voting by mail.

People seem to forget that the right to vote is constitutionally protected. This is about basic fairness in our elections and the survival of our democracy. We must be committed to doing what is necessary to ensure the right to vote.

There’s becoming an increased possibility of thousands, or even millions, of Texans being disenfranchised. This is not the time for excuses. It’s the time for action.

Sign our petition if you agree that Texas needs universal vote-by-mail.