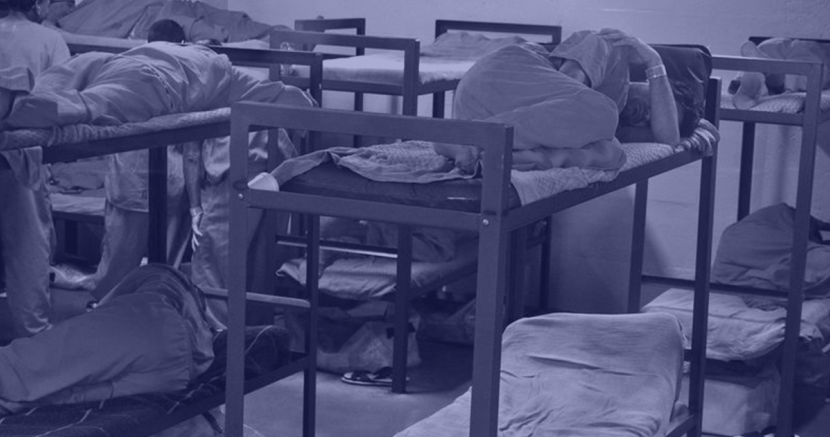 It’s never been easy to be poor in Texas’ criminal justice system. But with Governor Greg Abbott’s new executive order, a defendant’s personal wealth could be the difference between life and death.

Abbott’s decision restricts the ability of judges to release some prisoners from jail — unless they have the cash to pay bail. We now live in a state where your freedom to self-quarantine is determined by the money in your wallet. Abbott’s executive order is not only a threat to public health, but an inhumane attack on our state’s most vulnerable.

Jails promote the spread of COVID-19.

According to Harris County inmates, they lack soap, clean clothes, and basic hygiene necessities, all while sharing the same showers and toilets. All this to say that protecting yourself from coronavirus is almost impossible when you’re behind bars.

Texas is already seeing the consequences of these unacceptable living conditions. Coronavirus cases have been confirmed in 15 Texas prisons, and at least 47 inmates have been infected so far.

It’s only a matter of time before the virus spreads like wildfire in more Texas jails. We can still flatten the curve by releasing as many people as possible, but Abbott’s new order means only the wealthy are likely to be let go.

Your wealth should not determine your freedom.

Abbott says his order only applies to “violent felons,” but that’s only part of the story. The order prevents the release of anyone who’s ever been convicted of any violence or the threat of it unless they can pay bail. That applies even if that conviction is not the reason that person is currently in jail, and the order is not limited to felonies.

Here’s a comprehensive thread on what exactly Abbott’s order means:

Governor Abbott's order is far worse than I could have believed. If implemented, it will increase jail populations, the spread of #COVID19 & the devastation to nearby communities.

A person could be in jail for a traffic ticket, but because they have an assault conviction from 30 years ago, they must pay for their freedom to quarantine at home. And if they can’t afford it, they stay locked up.

Meanwhile, someone with the exact same record who has the cash, can walk away. The order isn’t about safety, it’s about continuing the cycle of inequality that put many Texans in jail in the first place.

Abbott’s order highlights the inequalities present in our current cash bail system. When only the rich can pay for their freedom, cash bail amounts to a punishment for being low-income.

Under the threat of a deadly infectious disease, the stakes have never been higher.

Not just immoral, but unconstitutional

Many who work in the criminal justice system have already condemned the executive order as discriminatory and unlawful.

After it was announced, 16 Harris County misdemeanor judges said they would refuse to abide by the order. Instead, they would continue to automatically release misdemeanor defendants without collecting bail.

This week, the ACLU of Texas and other civil rights groups filed a lawsuit against Abbott, saying that the executive order illegally restricted judges from deciding who to release.

“At a time when public health experts agree that limiting the population in jails is critical to prevent outbreaks of COVID-19, this order ties local officials’ hands in trying to mitigate the impact of the pandemic for all Texans and prevent loss of life,” said Andre Segura, legal director for the ACLU of Texas.

District Attorneys in Dallas, Bexar, and Fort Bend counties also called the order unconstitutional, saying Abbott does not have the authority to tell judges what they can or can’t do.

Abbott must rescind his order.

For a governor who claims to champion local control, Abbott seems more than willing to exert his executive authority to punish low-income Texans.

If he truly cares about health and safety, the best thing Abbott could do is rescind his order and let judges decide who should and shouldn’t be released from Texas prisons. Otherwise, he is risking the lives of thousands of low-income, mostly Texans of color, who are defenseless against a coronavirus outbreak.