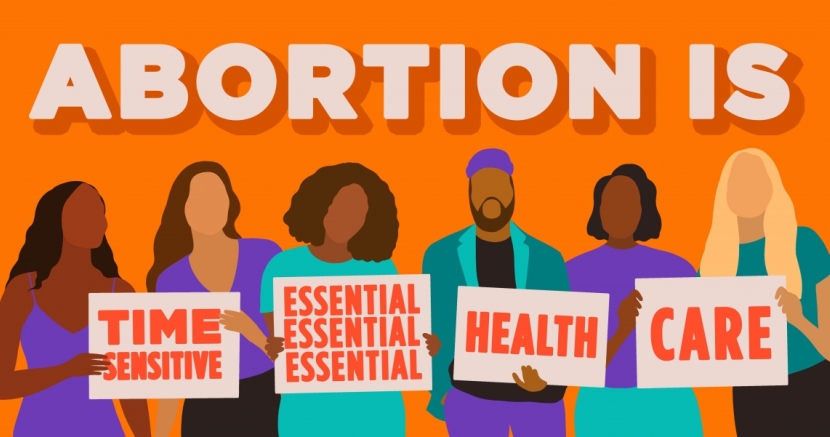 Wesley Story
Abortion advocates, providers, and patients are continuing to fight because we know abortion is, and always will be, essential, time-sensitive health care.

This is one of many decisions that have come out in the last few weeks concerning Texans’ abortion rights and Republican lawmakers’ attempts to ban abortion in our state. Texans have been granted temporary relief from one court, only to have that same relief taken away by another court just a few days later.

The back-and-forth court rulings are confusing for most, and dangerous for patients seeking care. While some of the court decisions have provided important relief, like the one above, others have had dire implications for those seeking abortion care in our state.

This is a legal battle that has stretched far beyond the courts and is impacting everyday Texans’ health and safety. And we need to talk about it.

It all started with a press release.

One detail about this attack on abortion care that has been largely overlooked, but is extremely disturbing, is that this saga all began with a press release from Texas’ indicted-Attorney General Ken Paxton.

For more than two weeks, the vast majority of abortion services in Texas were mostly unavailable because of a press release from our attorney general. This was the first time in nearly 50 years that the procedure has not been legally accessible in a U.S. state. That is a huge deal! And somehow, our indicted attorney general was able to do that without an official opinion release, but with a press release.

Texans deserve better than that. Our rights should be respected and not be so easily denied. Lawmakers cannot be allowed to exploit this crisis for their own political gain, especially when their decisions take away people’s rights and put their health at risk. They must be held accountable.

A game of tug-of-war

Since the executive order from Abbott and Paxton’s subsequent press release, a lawsuit challenging their decision has gone back and forth in the courts. But while judges debate and issue ruling after ruling, Texans have been forced to either delay essential care or travel hundreds of miles across state lines to access the health care they need.

Each time a new ruling comes down restricting Texans’ abortion rights, Texans are the ones who feel the burden.

“It has become a day by day, week to week fight for people whose health care cannot wait.”

Not only has this process been extremely confusing and put Texans’ health at risk, it’s also caused undue stress on patients who are already going through enough in the midst of this pandemic.

Heather, a 30-year-old single mom living in Texas, was laid off from her full-time job as a result of COVID-19. She’s six weeks pregnant and is unable to get the abortion she wants and needs. Her story shows the uphill battle that Texans seeking abortion care face as a direct result of Abbott and Patrick’s actions.

And unfortunately, Heather's story is not unique. A March 2020 study by the Texas Policy Evaluation Project found that many patients who remain in Texas will have to delay care until later in pregnancy when abortion isn’t an option, and those who can obtain care out of state will be forced to travel considerably longer distances for services.

These are people’s lives we’re talking about. These Texans seeking abortion care are the same essential employees the governor praises on TV. They’re the same Texans who are losing their jobs to this crisis. They’re the parents homeschooling their kids and trying to find ways to provide for their families. They’re Texans who are just trying to get by in a very difficult time, and they deserve to have access to the health care they need.

The fight is far from over.

While patients and abortion providers have managed to get some temporary relief in the courts, the fight is not over. Even with the 5th Circuit backing down and allowing medication abortions, under Abbott’s order, different types of abortion procedures remain unavailable to many Texans.

We know that abortion is essential, time-sensitive health care, and that’s why abortion advocates, providers, and patients, refuse to let politicians continue exploiting this crisis to advance their extreme anti-abortion agenda.

We’re fighting back, and you can too.

If you agree that abortion is essential, time-sensitive health care, then take action by sharing this blog with your networks.