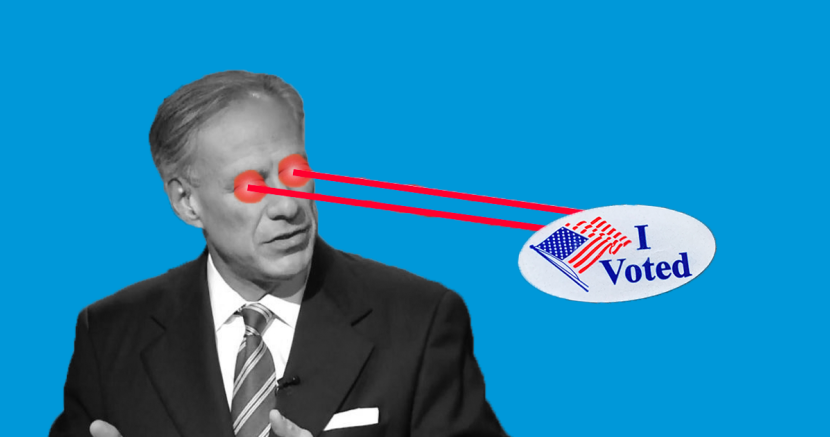 Wesley Story
If our votes didn’t matter, Texas Republicans wouldn’t be trying so hard to keep Texans away from the polls.

In their latest attempt to suppress voters, Texas Republicans passed a mobile voting ban during the 2019 Texas Legislative Session.

The ban disproportionately impacts young voters by effectively ending the use of temporary or mobile early voting sites across the state.

Since we first wrote about the ban, Texas has made national headlines.

Publications like The Washington Post and The New York Times have written about the mobile voting ban, highlighting how Republicans in Texas have hunkered down on their strategy of voter suppression and how the ban makes it substantially harder for college students to vote.

“Early voting is meant to enable more people to vote: Shift workers, for example, who cannot wait in line at a polling place on a Tuesday can still have a voice. Texas’s law turns that vote-enabling system into a vote-suppressing weapon. Republicans throughout the country have embraced voter suppression as a strategy for party survival, and this is one more sad example.” — The Washington Post Editorial Board

Last week, the Texas Democratic Party filed a lawsuit challenging the new ban on mobile voting, alleging that the new law is unconstitutional because it discriminates against young voters.

This isn’t the first time Texas has been taken to court over voting rights.

Texas has a long history of voter suppression, and because of that long history, our state has wound up in court time and time again trying to defend indefensible laws that infringe on our most basic rights.

The mobile voting ban prompted closures of temporary voting sites ahead of the Nov. 5 constitutional election in both urban and rural communities and on several college campuses across the state. Going into 2020, officials are already expecting closures because of the law.

Democrats said in their lawsuit that the ban disproportionately limits access to the polls for the tens of thousands of Texas voters who relied on on-campus early voting locations and “discriminatorily limits equal access to early voting” for young voters.

Because of Texas’ history in this area, there is no excuse. Our Republican lawmakers should know better. They know what constitutes voter suppression and they knew the impact this law would have on Texans.

There’s no grey area here and the true purpose of this ban is clear.

Texas voters will not be silenced.

Texas Republicans are in trouble. The political winds are shifting in our state and have begun to favor progressives going into 2020.

Because of this, the Texas GOP is doing everything it can to hold on to power, including passing suppressive voter laws like the mobile voting ban.

But that’s not how democracy works.

The Texas Republican Party’s success should not depend on its ability to keep voters away from the polls. It should depend on the Party’s ability to offer policies and candidates that attract voters. Clearly, they have not done a great job with that as of late.

Progressive issues are mainstream issues. And the truth is, Texas Republicans’ extremism no longer reflect the average Texans’ values.

Texas voters have the power to change our leadership at the ballot box to reflect these values. Attempting to take that power away is criminal and spits in the face of democracy (something the Republican Party has made a habit of lately.)

It’s important to remember that if our votes didn’t matter, Texas Republicans wouldn’t be trying so hard to keep Texans away from the polls.

As young voters, people of color and progressives across our state continue to head to the polls at higher rates, we will change the face of power in Texas for generations to come.