Impeachment update: Things are not looking good for Trump 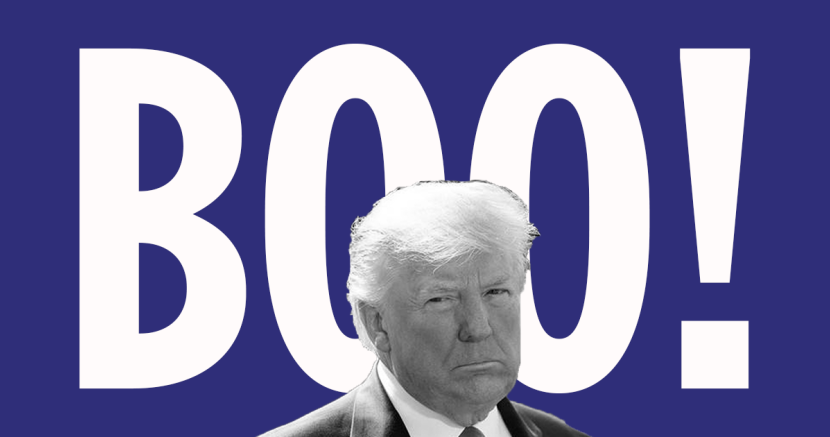 Wesley Story
If the World Series was any indication of the American public’s thoughts on impeachment, Trump should be scared.

Update (12/5/19): House Speaker Nancy Pelosi announced House Democrats will move forward with drafting articles of impeachment against Trump. In her announcement, Pelosi said Trump's "wrongdoing strikes at the very heart of our Constitution."

It’s been over a month since Speaker of the House Nancy Pelosi first announced plans to move forward with a formal impeachment inquiry of Donald Trump.

Since then, more damning evidence has come out against Trump and support for impeachment and the inquiry has grown. According to a recent poll, support for the impeachment inquiry reached a new high at 55%.

This much is clear: Americans want the truth and for our lawmakers to hold Trump accountable.

Lots of new evidence and testimony has come out corroborating the story that Trump withheld foreign aid to Ukraine in exchange for their effort to undermine a U.S. Democratic presidential candidate. Among this evidence was a testimony by Ambassador William Taylor, the United States’ top diplomat in Ukraine.

Based on Taylor’s account, there was a quid pro quo with Ukraine, military aid was involved, and Trump wanted investigations of the Biden family and the 2016 election. Others have told Congress a similar story, but Taylor’s testimony helped to remove any doubt and offered more details.

According to The Atlantic, after Taylor’s testimony, “it’s all but impossible to imagine a scenario in which House Democrats don’t vote to impeach the president.”

Though it is Congress’ duty to act as a check on the executive branch, there are still many Republicans in Congress who are protesting the impeachment inquiry.

Last week, a band of House Republicans stormed their way into a secure room in an attempt to disrupt impeachment testimony. Some GOP Congressmen from Texas were at the center of this childish protest, including U.S. Reps. Brian Babin of Woodville, Louie Gohmert of Tyler and Pete Olson of Sugar Land. Many of the members had their cellphones with them, which is a violation of protocol within the space due to security concerns.

GOP reps have complained that the hearings are being done in secret, but investigations into Presidents Richard Nixon and Bill Clinton also both featured closed door depositions before public hearings in order to protect the integrity of the investigation. The House Intelligence Committee has said the committees will hold public hearings after the initial round of closed-door interviews.

In addition to those GOP members in the House, our senators from Texas are choosing to blindly follow Trump instead of standing on the side of justice and accountability.

The Washington Post recently reported that many of the Republicans defending Trump feel “anxious and adrift.”

Our message to those Republicans? If defending Trump makes you feel gross, maybe you should stop defending him. Otherwise, you may just end up going down with him.

The public is done with Trump.

With support for impeachment and the inquiry continuing to grow, the public has made it more than obvious they want Trump gone.

During the World Series, a stadium full of baseball fans booed Trump and chanted “Lock him up!”

The scene was met with bad takes and complaints by critics who whined that the “office of the president” deserves respect.

The problem with this sentiment is that Trump himself disrespects the office every day. Expecting more from a sitting president and publically voicing your disapproval of him is not disrespect. It’s a performance evaluation.

Trump’s not doing his job well. Why shouldn’t he hear about it from the people he is supposed to be serving?

Just like any other elected official, Trump does not and should not get to hide behind his position. The "office of the president" means nothing if the person sitting in the office is allowed to get away with anything.

The American people were simply giving Trump a taste of his own medicine. And as some have pointed out, there’s actually nothing more American than booing a terrible president at the World Series.

Crowds also booed Herbert Hoover at the World Series in 1931 because of the Great Depression. Baseball fans booing fuck up presidents is as American as it gets. https://t.co/I1NmnNJTUh

What can we expect moving forward?

This week, the House passed impeachment resolution meant to formalize procedures for the next phase of the impeachment inquiry in order to “ensure transparency and provide a clear path forward.”

There have been talks of a timeframe that would include public impeachment hearings before Thanksgiving and then votes to impeach Trump by Christmas, but Pelosi has not yet verified a timeframe for the process.

There is no doubt Republicans will continue to close ranks. But as impeachment becomes more and more inevitable, they will have to decide for themselves whether staying loyal to an unpopular president is worth the risk. Putting party before country is not a good look going into 2020. And Texans have had it with the lies and disinformation coming from our GOP lawmakers in Washington D.C.

Now more than ever, it’s clear that Americans and Texans want justice and accountability.

For a more in depth look at the impeachment process, check out our impeachment explainer.