Indicted Attorney General is under investigation again. Here are 7 reasons he shouldn’t be in office. 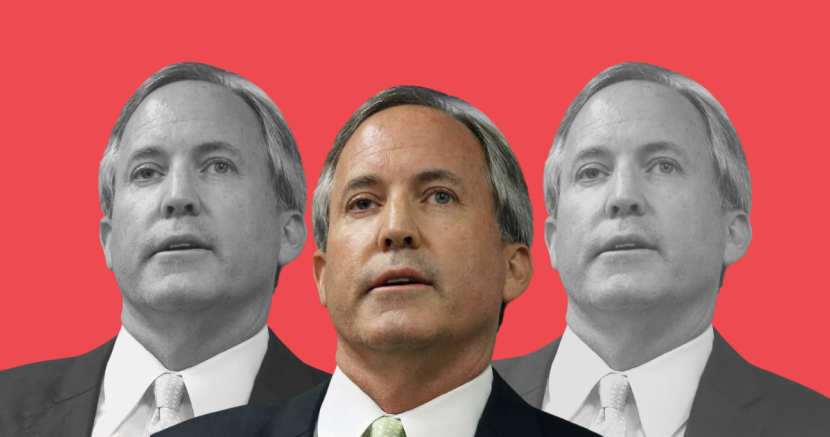 Wesley Story
Ken Paxton should have resigned long ago. These recent allegations are just the latest in a string of corruption.

Update: On December 10, 2020, the FBI issued at least one subpoena associated with their investigation of Ken Paxton. Issuing a federal subpoena on a state agency is a highly unusual move that would have most likely required higher level approval from the U.S. Justice Department.

Texas’ indicted Attorney General Ken Paxton has landed himself in trouble. Paxton has already been waiting five years for a trial on felony securities fraud charges, and now his own aides are accusing him of violating federal and state laws against taking bribes and abusing office.

Over the past few days, some of his fellow Republicans have even come out against Paxton and called on him to resign because of these latest allegations. Yet the Attorney General, the state’s top law enforcement official, should have been out of office long ago, and it’s because of enablers around him that he still remains.

Authorities must investigate Paxton and determine just how deep this corruption goes within the Texas GOP so that every person involved is held accountable.

Setting aside this most recent scandal, here’s a list of seven reasons Paxton was already unfit to be our attorney general:

1. Ken Paxton has already been indicted and continues to avoid accountability.

In case you didn’t already know, Paxton has been under felony indictment for five years. He was indicted within his first year of office for defrauding investors and has been trying to avoid facing a jury ever since. Since Paxton’s case began, it has bounced from court to court because of obvious efforts by him and his lawyers to delay the process.

Here’s a helpful timeline of Paxton’s case from The Texas Tribune.

2. He used his position as Attorney General to block abortion procedures for thousands of Texans during a pandemic.

In the meantime, Texans were forced to put their health at risk and travel out of state in order to receive necessary care. This was just one of many steps Paxton has taken during his time in office to restrict access to abortion for Texans.

3. He is complicit in the Texas GOP’s attempts to suppress voters.

At the beginning of the pandemic, Texans called on our lawmakers to expand access to voting by mail to make it safer to vote. But instead of taking the steps to do that, Paxton has fought these efforts at every turn resulting in a legal back and forth that wastes valuable resources that would be better spent trying to help those struggling because of this pandemic.

In addition to the vote by mail lawsuits, Paxton has also been complicit in advancing the harmful voter fraud myth central to Trump’s and the Texas GOP’s reelection campaigns.

4. Paxton is trying to take away health care coverage from millions.

Texas has the highest uninsured rate in the country, but Paxton doesn’t care. In the midst of a global pandemic that has taken the lives of more than 210,000 Americans and more than 16,000 Texans, Paxton is leading a lawsuit to have the ACA repealed. If he is successful, millions of Americans would lose their health care coverage and folks with preexisting conditions would no longer be protected.

The Supreme Court is slated to hear arguments on the ACA case on Nov. 10.

5. He’s continued to cross other ethical and legal lines during this pandemic.

Just a few months ago, Paxton went after a small Colorado county to help a wealthy donor avoid COVID-19 safety measures. This raised concerns from legal experts about whether his actions warranted an investigation by the Texas Ethics Commission to determine if he had violated any state laws.

Paxton also took it upon himself to meddle in a North Dallas salon owner’s case as part of a partisan PR stunt. Twelve state civil district judges in Dallas County wrote a letter to Paxton calling him out for violating the Texas Code of Judicial Conduct.

Time and time again, Paxton has tried to use “religious freedom” as an excuse to discriminate against queer Texans instead of fighting so that all Texans can be protected equally under the law.

7. Paxton sued the federal government to end DAPA and DACA.

Paxton led the charge against the Deferred Action for Childhood Arrivals program by suing to end the program. If he had been successful and DACA had been overturned, more than 100,000 people living in Texas could have been subject to deportation.

In addition to these efforts, Paxton was successful in suing to end DAPA, which was another Obama-era federal immigration policy that would have protected about 4 million undocumented immigrants from deportation. The program never went into effect.

Paxton’s record is revealing. It shows a man who is unfit to hold office as the top law enforcement officer in our state. Paxton said recently that despite the criminal accusations and calls for him to resign, he’s not going to. Our only hope is that in delaying his inevitable fall from power, he brings down a ton of other corrupt GOP lawmakers with him.