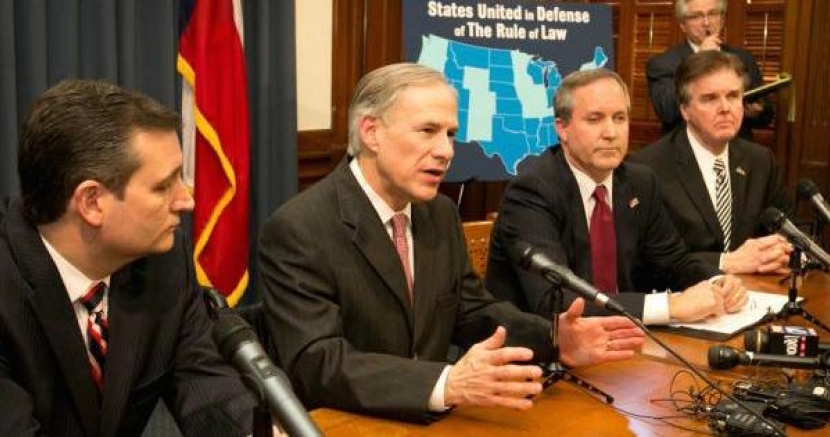 In response to a lawsuit filed by Texas Attorney General Ken Paxton, on Thursday, a federal judge in Wichita Falls temporarily blocked federal rules that would give legally married gay and lesbian couples living in Texas spousal medical and family leave benefits. Yes that's right, Ken Paxton is spending Texans' tax dollars on lawsuits to prevent same-sex couples from being able to take paid time off from work to care for a sick spouse or newborn child.

Click here to let Ken Paxton and other Texas Republicans know that all Texan couples and families deserve the opportunity to build a secure life together.

Though Texas remains one of only 13 states with a gay marriage ban, since taking office, Ken Paxton has followed in Governor Greg Abbott's footsteps in leading the charge to deny loving Texas couples the freedom to marry. Last month, Paxton petitioned the Texas Supreme Court to invalidate the first marriage license issued to a same sex couple in Texas and attempted to singlehandedly declare the license "void" without the authority to do so. Paxton is also at the helm of challenging the ruling that declared Texas' marriage ban unconstitutional last year.

Here he is at an anti-marriage equality rally at the Capitol last week bragging about his disgraceful record: