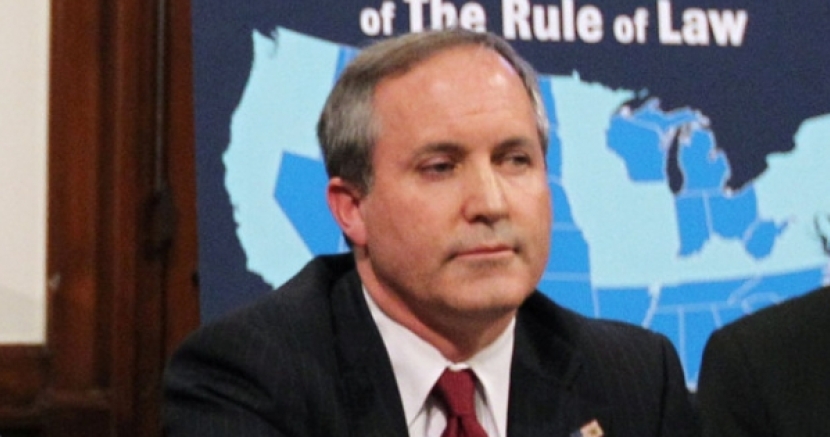 Ed. Note: The list of counties issuing marriage licenses has been updated.

On Sunday, two days after the Supreme Court ruled that the U.S. Constitution guarantees the freedom to marry in every state, Texas Attorney General Ken Paxton issued a "legal" opinion declaring that county clerks can refuse to grant gay and lesbian couples marriage licenses on religious grounds. Cue laugh track.

"History will not look kindly upon @KenPaxtonTX" #LoveWins #txlege pic.twitter.com/2U8rEUSM8b

In his opinion, Paxton—an alleged lawyer who presumably passed a constitutional law course—ignores the law and the oath he took mere months ago to uphold the Constitution, and instead manipulates "religious freedom" to further his backwards political ideology. This isn't the first time Texas Republicans have attempted to misuse religious freedom protections to discriminate against gay, lesbian, bisexual, and transgender Texans.

.@ACLUTx "no fight for civil liberties ever stays won, those working in building behind me prove that right" pic.twitter.com/wzloKice2D

These grandstanding politicians don't seem to understand that a Supreme Court ruling is non-negotiable. Paxton's opinion was issued in response to a (rhetorical?) request from Lt. Gov. Dan Patrick asking whether county clerks, judges, and other public officials must issue licenses to gay and lesbian couples in the event the Supreme Court rules that they must.

He said issuing a marriage license is not a religious act, and state employees who take an oath to serve all Texans equally should not be able to deny the Constitutional rights of any one group.