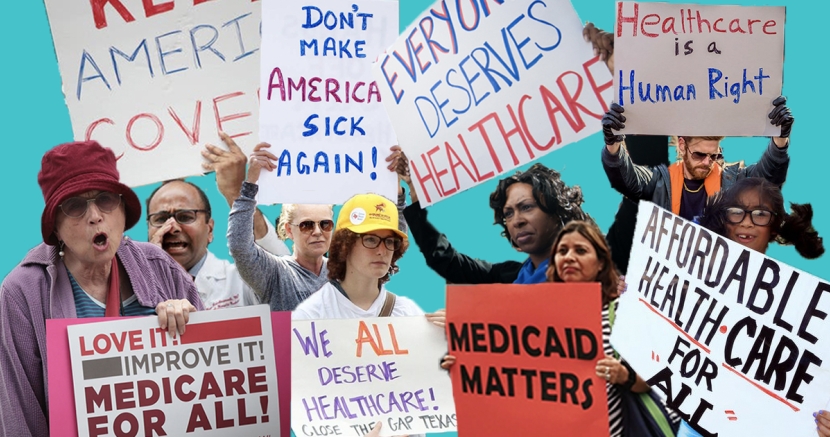 The Census Bureau recently released 2018 data on health care coverage for states across the U.S. The numbers show that not only does Texas continue to lead the nation with the highest uninsured rate in the country, but our state’s uninsured rates actually got worse for a second year in a row.

While this may be unsurprising to many because of Texas’ embarrassing history when it comes to health care coverage, these numbers are still inexcusable.

How did we get here?

Under Republican leadership, Texas has found itself in a health care crisis.

Progressive lawmakers introduced many bills during the 2019 Texas Legislative session aimed at reducing the rate of uninsured Texans. And even after powerful attempts by lawmakers like Rep. John Bucy (D-Austin) to get that legislation passed, Texas Republicans refused to support measures that would expand health care coverage and reduce this rate.

Thank you @BucyForTexas for fighting to expand Medicaid to fill the coverage gap and increase access to quality healthcare for all Texas families. #ExpandMedicaid #txlege #txbudget pic.twitter.com/cZXS7nTUzf

Texas Republicans have expressed little concern for Texans’ health care and have consistently refused to pass even the simplest of laws to get more people covered. A solution exists, but year after year, they choose instead to ignore it, or in some cases, vehemently oppose it.

By “refusing Obamacare to own the libs,” Republicans have refused to expand Medicaid and accept money from the federal government that would help to provide coverage for Texans. They are instead choosing to put politics ahead of the lives of millions of in our state.

The truth is, Texas lawmakers have no good excuse for the state’s uninsured rates remaining as high as they have. And while we wait for our state’s leaders to make a change, Texans are paying the price.

In addition to their refusal to pass these laws, Texas Republicans are actively working with the Trump administration to dismantle the ACA and eliminate protections for people with pre-existing conditions.

If the ACA were repealed, 1.7 million Texans would lose their health insurance and the state’s uninsured rate would shoot up by 37%. This would be devastating for Texas.

Texans are being forced to pay too much for health care, and in many cases, cannot afford it. Health care is a human right and Texans should not have to take on endless debt in order to take care of themselves.

A majority of Texans want our state leaders to expand Medicaid and in the next Texas Legislative session, health care must be made a priority.

Our state needs to expand access to affordable, quality health care for everyone. In the meantime, Republican lawmakers that have fought against efforts to expand coverage for Texans must be voted out of office and replaced with leaders who support progressive health care policies.