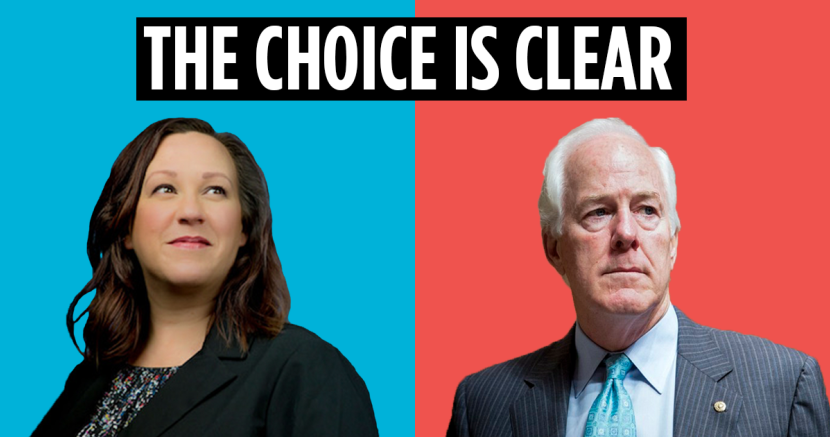 Abby Springs
After 18 years in office, two-thirds of Texans either don’t know John Cornyn or don’t like him.

With the Democratic primary runoff over, we’ve finally entered general election season. But as the Democratic nominee for U.S. Senate MJ Hegar begins a highly competitive battle to unseat John Cornyn, millions of Texans are learning about Cornyn’s record for the first time.

Unlike junior senator Ted Cruz, Cornyn tends to stay out of the spotlight. So much so that 38% of Texans have no opinion of him, officially making him a “nonentity” in Texas, even after nearly 18 years in office. Add in those who already don’t support him, and you find that two-thirds of Texans either don’t know or don’t like him.

Consistently, Cornyn has shown he is anti-reproductive rights, anti-science, anti-civil rights, and anti-Texan. By contrast, Hegar has committed to progressive values that show she is ready to represent our diverse state in the U.S. Senate. Her stances on health care, LGBTQIA+ rights, immigration rights, and reproductive rights stand in stark contrast to Cornyn’s shameful record that is out-of-touch with everyday Texans.

If you don’t know who John Cornyn is, let him show you. And then vote him out of office in November.

Here are 50 times Cornyn has acted against the best interests of Texans during his time in the Senate.