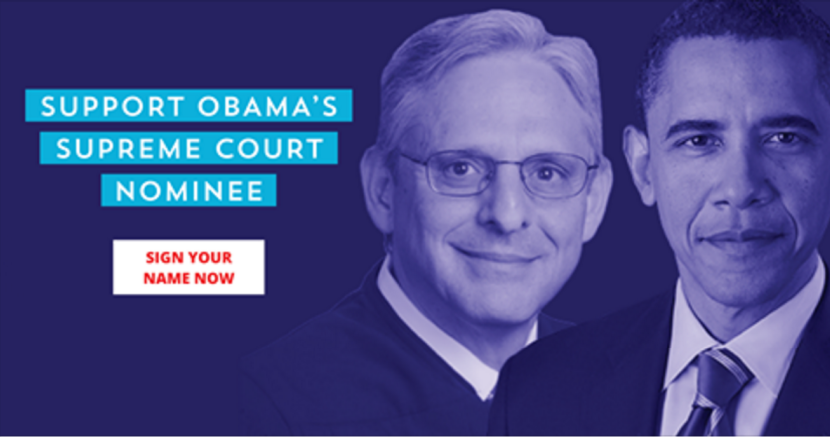 Phillip Martin
Americans have never had to wait longer than 125 days for a Supreme Court nominee to be confirmed. That's over now.

One hundred years ago, in 1916, Justice Louis Brandeis waited 125 days after he was nominated to be confirmed. Due to unprecedented obstruction from Republicans in the U.S. Senate, that record is about to be broken.

SIGN our petition to let Senators Cornyn and Cruz know you have Obama's back on a Supreme Court nominee!

Tuesday, July 19, is the 125th day since President Barack Obama nominated Merrick Garland to serve on the Supreme Court. He ties the inglorious record on Tuesday, and breaks it on Wednesday. The American people want a vote on Garland - two-thirds have said they want a hearing for the nominee. But it's important to remember that the U.S. Supreme Court isn't the only court facing vacancies.

Texas' federal courts currently have twelve vacant seats, and Senators John Cornyn and Ted Cruz are refusing to support nominees they already put forward for some of Texas' vacancies. For others, they refuse to put forward a suggestion (as required) at all.

Here's a look at all the vacancies in Texas' federal courts:

Added together, and that's twenty-three years worth of vacant seats in Texas' federal courts.