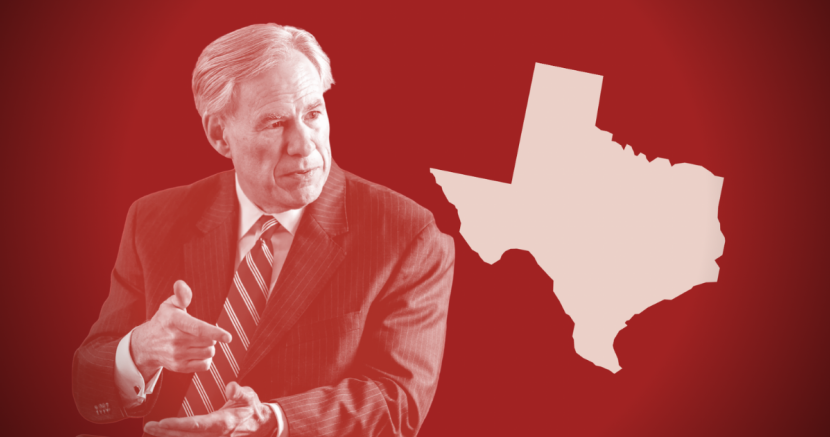 2021 was a difficult year for all of us, and our state's Republican officials only made it worse. As Texas faced crisis after crisis, Gov. Greg Abbott spent his time attacking our rights with extreme policies while refusing to address the issues Texans care about most. It's no wonder why the hashtag #AbbottFailedTexasAgain trended online as often as it did.

Here's a list of Abbott’s worst moves and biggest failures of the year:

1. Banned abortion after 6 weeks – Abbott tried defending the section of Texas’ abortion ban law that said there were no exceptions in the case of rape or incest with an empty promise to eliminate all rape. Of course, Texans like us didn’t let him go unquestioned.

2. Defunded the Texas Legislature – Abbott denied pay to Capitol staffers in exchange for the passage of the newest voter suppression bill.

3. Passed another voter suppression bill – This time Abbott specifically targeted Texans with disabilities and non-English speaking voters by banning drive-thru and 24-hour voting and restricting assistance at the voting booth.

4. Signed a permitless carry bill into law – Because in a year wrought with loss, it totally makes sense to add the threat of untrained and unlicensed gun wielders to the mix.

5. Refused to expand Medicaid – Texas is the most uninsured state in the nation, yet in a year where COVID remained rampant, Abbott did nothing to ease the expense of health care and costly hospital visits.

6. Tried closing federal points of entry at the Texas border – He was way out of line considering the Texas governor does not have the unilateral authority to shut down the border.

7. Appointed Trump cronie John Scott as Secretary of State – Yes, yet another attempt to undermine our smooth and secure elections.

8. Threatened the health and safety of Texas children – He banned school mask mandates AND ripped any remaining sense of security from trans children by banning them from participating in school sports.

9. Passed an anti-education law – Because why not take kids’ books away and deny them the ability to learn from the mistakes of our past while he’s at it?

10. Ignored the energy grid in favor of money – Instead of taking action to fix the grid, Abbott’s putting profits before people and gambling with Texans’ lives.

We’ll give Abbott one thing: he gave us every piece of evidence we need to vote him out of office in 2022.