Gov. Abbott's defunding of the Legislature is unconstitutional 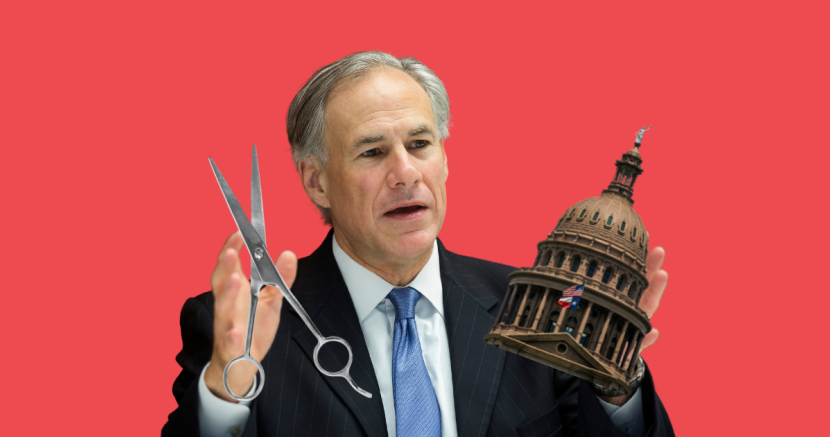 When Gov. Greg Abbott defunded the Texas Legislature with his budget veto, he did something that had never been done before in Texas. The governor erased another branch of government, overtly violating the Texas Constitution, which mandates a strict balance of power among the three branches.

The Legislature’s budget, including elected representatives, senators, staff, and support departments like the Legislative Reference Library, runs out August 31. Abbott erased its next two-year budget which starts September 1.

Abbott has promised to approve restoration of the budget before the end of August as long as lawmakers do exactly what he tells them to do. And, what he’s told them to do is pass a bill that takes away Texans voting rights.

Yes, that’s right. The head of the executive branch defunded the legislative branch and will restore its budget only if lawmakers take away your right to vote.

During the Legislature’s regular session, which ended May 31, House Democrats defeated the pernicious, anti-democracy SB7, by walking out just before the deadline to pass it. They denied the House the quorum necessary to do business.

This is Abbott’s plan: The Legislature will pass a supplementary appropriation restoring its budget, and Abbott will sign it before September 1 as long as lawmakers do what he’s told them to do. The Legislature will get its money while Abbott puffs up like a mini-Trump and claims his all-powerful demands won the day.

The trouble is, Abbott burned up the state constitution to do it. This isn’t a no harm, no foul escapade. A governor cannot be allowed to erase a branch of government under any circumstances. The judiciary could be next. If a precedent is created allowing the executive to eliminate the Legislature, there is no longer a reason to have a Legislature.

Abbott’s claims he is punishing lawmakers because they walked out and didn’t finish their work. That is ridiculous. There have been quorum breaks as long as quorums have been required in legislative bodies, at least since the 17th Century.

Back in 1901, the Texas House of Representatives broke quorum to kill a bill. They disappeared into the audience of a comic opera then visiting Austin. The theater manager was told not to admit the sergeant-at-arms should he show up to retrieve the lawmakers. A subsequent legislative investigation of the episode found that “no member of this House was guilty of any conduct unbecoming a gentleman and a Representative of Texas.”

Abbott may consider that lawmakers are working only when they are doing what he, their superior, orders them to do. In this instance, the Democratic lawmakers who broke quorum to defeat a racist assault on voting rights were working hard on our behalf.

Abbott should restore the Legislature’s budget before any other work is done in the upcoming special session and, in a bill signing statement, formally admit his veto was unconstitutional. That might restore confidence in the constitutional balance of powers, even if it won’t undo the harm to lawmakers and staffers, who would have suffered with worry for weeks knowing their jobs might disappear in September.