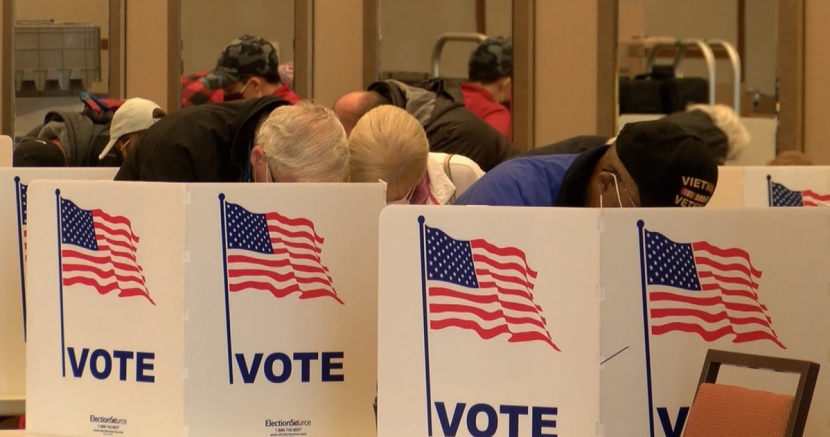 Progress Texas
There are plenty of names on the ballot, but what are we really voting for?

There are plenty of names on the ballot, but what are we really voting for? Listed below is a quick reference guide for state and federal offices, along with a “fun fact” for each (note: these facts aren’t always fun).

In every case, Progress Texas encourages you to elect candidates who are pro-abortion, working toward gun reform, fighting climate change, and who consider the needs of all Texans, not just the good ol’ boys who have been running this state for decades. That means we’re asking you to vote for the Democrat over the Republican in every instance.

You can check out who’s on your ballot for local and district races by using the League of Women Voters nonpartisan voter guide at Vote411.org.

The people we elect to make federal laws and yell at each other on cable TV; they’re also responsible for government oversight and investigations.

Fun fact: Democrats only hold a slim majority of 220 to 212 (three seats are vacant). Please vote Democratic in these races; if Democrats lose power, election-denying Republicans will surely abuse that power and try to skewer the Biden administration and its agenda.

The state’s chief executive who signs or vetoes bills, can call special sessions (or not, apparently), and appoints Texas Supreme Court Justices to the bench when there are vacancies — that last one’s important.

Fun fact: The governor also influences the legislative agenda, which for Greg Abbott means doing whatever Lt. Governor Dan Patrick tells him to do. Please vote for Beto O’Rourke because Greg Abbott is awful.

Texas’ second-highest executive office. Serves as president of the Texas Senate, appoints all committee chairs, assigns bills, and controls the agenda. They also control the budget process, serve as a member of several commissions and boards, and act as governor in the governor’s absence.

The state’s top law enforcement officer; the Texas AG is supposed to serve as the people’s lawyer and an advocate for Texans.

Fun fact: Our current AG is under felony indictment, under FBI investigation, and is under the impression that voters don’t care — let’s show him otherwise. Please vote for Rochelle Garza; click here to listen to our conversation about this race.

Fun fact: Incumbent Glenn Hegar got elected by running on guns and abortion in 2014. Since that time, he’s fueling climate change by banning contracts to companies that divest from fossil fuels. Please vote for Janet Dudding — at least she’s a CPA.

Oversees Texas’ public lands, natural disaster relief, historic preservation of the Alamo, and working to keep beaches clean and open. Under the right leadership, the office can also lead the way in addressing the climate crisis.

Fun fact: only four states elect a land commissioner. Please vote for Democrat and outdoorsmen Jay Kleberg, who hails from King Ranch and has been endorsed by every major daily newspaper in the state.

The Railroad Commission has nothing to do with railroads. Oh My God, why is it even legal to call it that? The office regulates the oil and gas industry, gas utilities and pipeline safety, plugs older wells, and oversees coal and uranium mining. This office shares responsibility for the 2021 grid failure.

Fun fact: 70% of the current Commissioners’ campaign contributions come from the industry they are charged with regulating, and, again, the office has NOTHING TO DO WITH RAILROADS. Please vote for Luke Warford, who is passionate about fixing the grid. Learn more about his campaign here.

This office focuses on the produce that goes into your grocery stores, as well as “weights and measures,” such as making sure that when you’re filling up with gas you’re actually getting what you’re paying for.

Fun fact: Incumbent Sid Miller is most known for using public funds to get a “Jesus Shot,” a controversial serum that “cures all pain for life!” And again, you paid for it. Please vote for Susan Hays; she wants to legalize weed and bring ethics back to the agriculture commission.

State Board of Education

Not-so-fun fact: In 2015, Texas textbooks had to be changed after it was revealed that enslaved people were referred to as migrant workers. The SBOE was supposed to adopt a new Texas social studies curriculum this year, but when educators and other professionals presented the new textbooks, the board decided to delay adopting new standards until 2025, when more conservatives will have joined the board due to redistricting.

Please vote Democratic in these races. Here are your School Board candidates by district. To see who’s currently on your ballot, visit Vote411.org. And remember: kids cannot vote; you’re their only voice in this election.

Composed of the House and Senate, this is where the nuts and bolts of laws start. And while Texas is a minority-majority state, the Republican-dominated legislature is majority white, and 75% of the members are male. In the 2021 legislative session, they banned abortion twice, passed restrictive voter laws, attacked transgender families, enacted permitless carry for guns, and more.

Fun fact #1: The House Republican caucus has more members named John or Jeff than it does women. Fun fact #2: Democrats are only 8 seats away from flipping the legislature. Please vote Democratic in these races. See who’s on your ballot here.

During the pandemic, the Texas Supreme Court held sessions online to protect themselves from exposure while voting unanimously against vote-by-mail, stating that it was safe for voters to gather.

Texas is one of the few states with partisan election of judges and where they can keep the power of incumbency. Judges consistently retire mid-term to allow the governor to appoint replacements. We need to break the lock of the all-Republican court. Please vote Democratic in court races.

Of course, these are just the races at the top of the ticket. Depending on where you live, you may be voting for any of the offices below as well. Click on the positions to find out what duties are involved:

If you or anyone you know runs into issues at the polls, call or text one of these numbers to speak with a trained Election Protection volunteer: