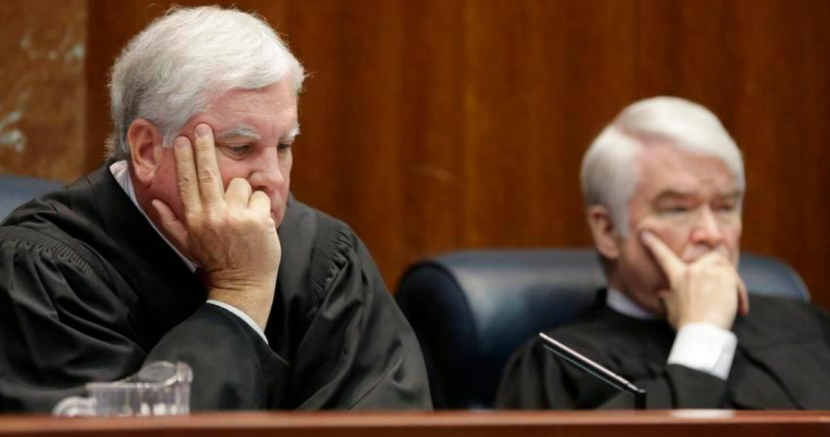 Texas Supreme Court Justice Paul Green says he will step down from the bench at the end of August, after the August 21 deadline that would trigger an election to select his successor.

Instead, Gov. Greg Abbott will get to appoint a new judge who will sit on the state’s highest court for two years, the time remaining on Green’s term.

There was a time, well, there was one time not so long ago when Republicans wanted to let voters make such choices. Remember when President Barack Obama appointed Merrick Garland to replace Justice Antonin Scalia on the U.S. Supreme Court?

Senate Majority Leader Mitch McConnell refused to meet with or hold confirmation hearings on Garland. Instead, McConnell said, “The American people are perfectly capable of having their say on this issue, so let's give them a voice. Let's let the American people decide.”

Let the people decide. One would think that Abbott might hold opinions somewhat similar to McConnell’s, especially on such weighty matters as the makeup of our highest courts at the state and national levels.

One might think that, but one would be wrong. Today’s Republicans seem annoyed by democracy, viewing its laws, practices and traditions as little more than barriers they’re forced to slither over on their way to power.

If Abbott or Justice Green had just a little respect for democracy and Texas voters, Green would step aside before the August 21 deadline. Voters could then choose Green’s replacement.

Today’s Republicans follow no principles beyond their pursuit of power and their disrespect for democracy. If it serves their purposes, they can opine about giving voters a voice or, in another instance, simply deny voters a choice. It doesn’t matter to them because there’s no moral center to their ideology. Power is all.