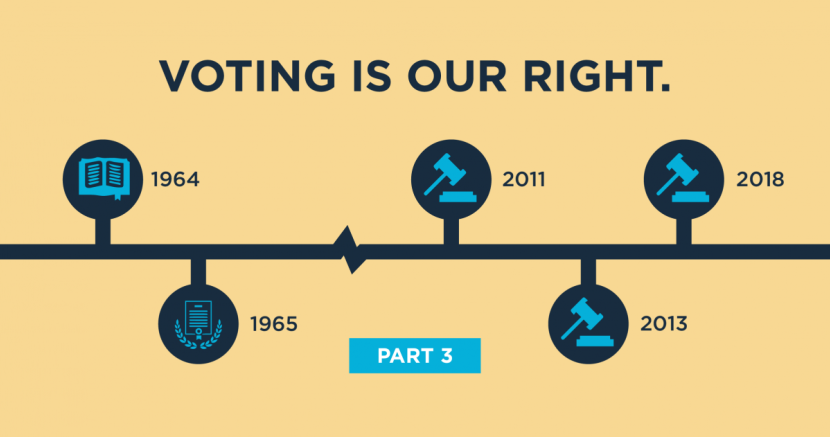 Wesley Story
Efforts to take away voting rights can be seen in the laws passed by conservative lawmakers and recent Supreme Court rulings.

In 1965, President Lyndon B. Johnson signed the Voting Rights Act into law. The law barred barriers to political participation for racial and ethnic minorities, prohibited election practices that denied the right to vote on account of race, and required jurisdictions with a history of voter discrimination to get approval from the federal government before changing election laws. Texas was included in these jurisdictions.

However, after a 2013 Supreme Court ruling significantly weakened the Voting Rights Act, states with a history of voter discrimination were no longer required to seek approval for changes to their election laws. This limited voting protections for minorities and emboldened lawmakers who wish to restrict voting freedoms to stay in power.

In multiple 5-4 decisions this year, the Court ruled in favor of suppressive voter laws and against voting rights activists. One of those cases was a long contested gerrymandering case in Texas. With a stolen Supreme Court seat as the decider, the Court upheld voter purging in Ohio and racial gerrymandering in Texas. SCOTUS also refused to crack down on partisan gerrymandering in Wisconsin and Maryland.

The following timeline shows how changes to the Voting Rights Act allowed for states like Texas to get away with more discriminatory voting laws and how the Court’s negligent rulings brought us where we are today.