Break Redistricting by Breaking the Republican Hold on Texas in 2018 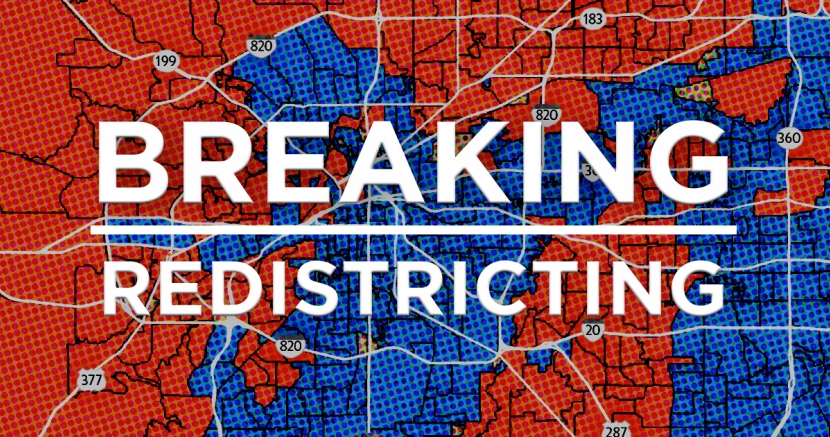 Instead of ruling in favor of the African-American and Latino voters and groups who brought the lawsuit, the Court reversed the lower courts’ rulings of intentional discrimination and upheld all but one Texas House district.

In Abbott v. Perez, the U.S. Supreme Court considered whether Republicans in the Texas Legislature discriminated against Latino and Black voters — to intentionally weaken their voting power and deny fair representation — when drawing two congressional districts and a host of state house districts. Two lower courts had already ruled against Texas, finding the maps violated the Constitution and Section 2 of the Voting Rights Act.

Instead of ruling in favor of the African-American and Latino voters and groups who brought the lawsuit, the Court reversed the lower courts’ rulings of intentional discrimination and upheld all but one Texas House district.

“The Supreme Court issued a disgraceful 5-4 ruling in the Texas redistricting case, regarding maps that numerous lower courts ruled were intentionally discriminatory against people of color.

Ted Cruz was part of the cabal that held the high court hostage until Republicans could get a justice who would issue this exact ruling against the people of Texas. This is one more reason why an increasing number of Texans are gearing up to show why they are against Ted Cruz this November.

Republicans used every trick in the book to stifle the voice and vote of thousands of people - and that is why progressives will continue fighting on behalf of every Texan who deserves a fair shot.”

In a 5-4 decision written by conservative Justice Samuel Alito and joined by Trump-appointed and Cruz-backed Justice Neil Gorsuch, the Court ruled that only one of the 11 districts — House District 90 in Fort Worth — was an impermissible racial gerrymander. Michael Li, Senior Counsel for the Brennan Center's Democracy Program, broke down the ruling on Twitter:

In a scathing dissent, Justice Sonia Sotomayor railed against the majority's ruling:

“The Equal Protection Clause of the Fourteenth Amendment and §2 of the Voting Rights Act secure for all voters in our country, regardless of race, the right to equal participation in our political processes. Those guarantees mean little, however, if courts do not remain vigilant in curbing States’ efforts to undermine the ability of minority voters to meaningfully exercise that right. For although we have made progress, ‘voting discrimination still exists; no one doubts that.’

The Court today does great damage to that right of equal opportunity. Not because it denies the existence of that right, but because it refuses its enforcement. The Court intervenes when no intervention is authorized and blinds itself to the overwhelming factual record below. It does all of this to allow Texas to use electoral maps that, in design and effect, burden the rights of minority voters to exercise that most precious right that is ‘preservative of all rights.’”