Texas Republicans turn on each other, Democrats stand united 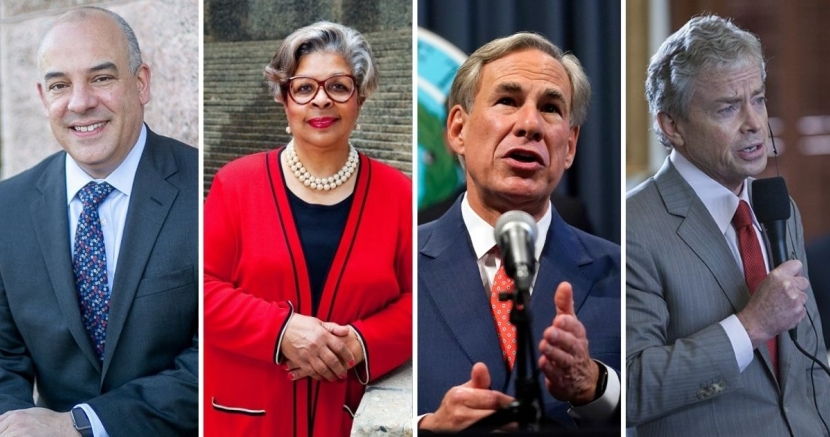 We’re a year and a half away from the 2022 election, and the Texas Republican Party is still at war with itself.

Setting the stage for what is sure to be a bitter election cycle, Governor Greg Abbott and indicted Attorney General Ken Paxton are already targets for primary battles that reveal the split in the Texas GOP — the old guard Republicans vs. the ultra far-right, MAGA wing. Abbott is being challenged by Don Huffines, a former State Senator who was defeated by Democrat Nathan Johnson in 2018. Meanwhile, indicted-AG Ken Paxton is expecting a fight against George P. Bush, Texas land commissioner and nephew of former president George W. Bush. The primaries are sure to divide the Texas GOP and reveal the party’s current trajectory — racing to the right and leaving Texans in the dust.

But while Republicans have been bitterly divided throughout the session, Democrats are united in their fight to stand up for everyday Texans.

Progressive leaders at the Texas legislature have been laser-focused on priorities that matter, like COVID relief, health care access, and fixing our energy crisis. And when Republicans try to distract us with divisive, culture war issues, Democrats have joined together to fight them at every turn.

The Texas GOP is falling apart

The divide between the far-right and the even farther-right in the Texas GOP has always been contentious. But the COVID-19 pandemic only accelerated the split, as extremists were quick to attack Gov. Abbott for even the smallest attempt to stop the spread. One anti-Abbott protest in October was hosted by GOP State Party Chair Allen West and Agricultural Commissioner Sid Miller, where the pair called on the governor to “open Texas'' and end public health protections. As Abbott tried and failed to balance safety and politics, Republican opposition to his leadership only grew wider.

In September, Gov. Abbott added six days to the early voting period to allow for more voting access during the pandemic. The GOP’s response? Prominent Republican leaders sued him. Trust us, when your party is so divided that you’re actually taking each other to court, it isn’t a good sign for your political future.

And then there’s the legislative session, where the split in the GOP was put on full display. Take permitless carry, an extreme gun policy with little support. Abbott and Lt. Gov. Dan Patrick were resistant to the idea at first, which is rightly opposed by a majority of Texans and law enforcement groups. But after pressure from the far-right, including Allen West and gun advocacy groups, legislators agreed to sign on. Now, the bill is on its way to Abbott’s desk.

Republicans like Gov. Abbott have no one to blame but themselves for this division. They’ve enabled Trump and his brigade of right-wing reactionaries. They made this bed, now they have to lie in it.

Primary challenges show that everyone is upset with Republican leadership, especially during the pandemic. It’s too early to tell what impact these primary challenges will have or if any of them are likely to succeed, but they will take away resources, funding, and attention from the party in power in 2022. Hey, we’re not complaining.

On the other hand, Democrats have been able to weaken bad Republican bills that threaten our voting rights, abortion rights, and more. In committees, on the House floor, and even in backroom negotiations, they’ve ensured that bills like voter suppression bill SB 7 - while still terrible - aren’t as harmful as they once were. They may not have the majority (yet), but they’ve got the grit, perseverance, and unity within the ranks of the Democratic caucus.

House Democrats urge a "no" vote on final passage of #SB7 - the Republican party's voter suppression and intimidation bill.

It's one last chance to make some good trouble. pic.twitter.com/SpD7wMensJ

The 87th legislative session has been difficult, but that unity brings hope for 2022. While GOP leaders are racing to the right and abandoning Texans in the process, progressives are building a coalition of diverse advocates, voters, and leaders who can tackle the tough issues.

Now is the time for progressive change!

The legislature is drawing to a close, but election season is just getting started, and Republicans might just be too distracted to notice when we flip Texas blue.