Texas progressives can break the statewide lock of redistricting in 2020 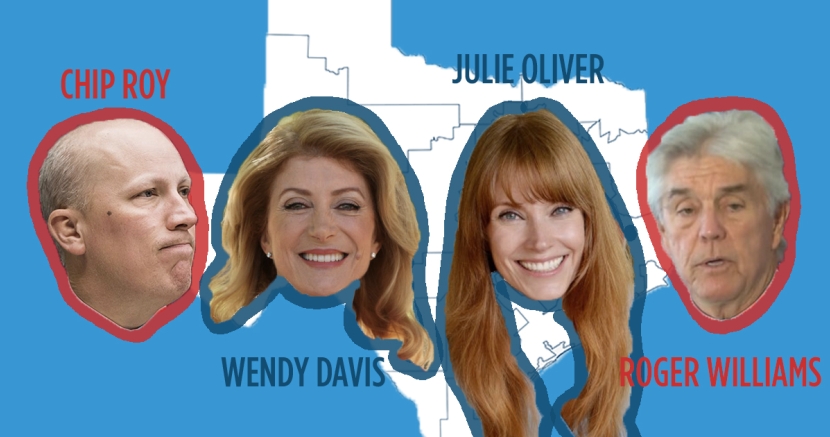 Wesley Story
We can avoid another 10 years of racial gerrymandering lawsuits and skewed political representation by electing progressives to the Texas House.

Disclaimer: If you're here for our Impeachment Explainer, click here.

There’s a lot on the line in the 2020 election, including the fate of redistricting in Texas.

Every 10 years after the census is completed, Texas lawmakers have the opportunity to redraw state and federal house districts.

Over the past few years, Texas Republicans have been in control of drawing these maps, and they’ve drawn them in ways that give them an advantage in elections and bypass the will of the people.

Our state has a history of political and racial gerrymandering.

In 1965, President Lyndon B. Johnson signed the Voting Rights Act into law. The law barred barriers to political participation for racial and ethnic minorities, prohibited election practices that denied the right to vote on account of race, and required jurisdictions with a history of voter discrimination to get approval from the federal government before changing election laws. Texas was included in these jurisdictions.

Since then, the Voting Rights Act has been gutted by court rulings (namely Shelby County v. Holder) and Texas Republicans have continued their suppressive practices in an effort to silence voters. Because of these efforts, Texas has spent years entangled in court battles as state lawmakers like Gov. Greg Abbott and indicted Attorney General Ken Paxton try to defend our state’s indefensible voting laws and maps.

Even after Texas’ long history of deliberately discriminatory voting laws, a federal court recently shot down a request from voting rights groups in Texas who called for federal oversight during the 2021 redistricting process.

We need only look to maps of Texas’ heavily gerrymandered districts to see Texas Republicans’ work at play. Congressional districts such as CD 2, CD 21 and CD 25 show that our state has a long way to go when it comes to rectifying our suppressive maps.

Another incredibly egregious example of Texas Republicans’ efforts to silence the vote is something known as Optimal Hispanic Republican Voting Strength (OHRVS), which is the practice of identifying voters with Latino surnames and low voter turnout histories, and then packing them into a district with a minority of Republicans with high voter turnout histories. This then creates a district with a Latino population majority, but with a Republican voting majority.

Although gerrymandering continues to undermine our democracy here in Texas and skews our political representation, we have the opportunity to avoid a repeat of this in 2020!

Democrats have a chance to flip the House in 2020.

Right now, the Texas House has 83 Republicans and 67 Democrats. This means progressives only need to pick up nine more seats to flip control of the House.

In the past few months, several Texas Republican representatives have announced plans to retire and will not be seeking reelection in 2021, leaving open seats for the taking.

Those retirements, combined with the strength of progressive candidates who are lining up to flip districts, are making the dream of a blue House more and more of a reality.

And in the midst of all of this, one of the biggest scandals to hit the Texas Legislature in years has badly scarred Texas Republicans. All of this points toward a flipped Texas House in 2020, and fair maps in the process.

Gerrymandering deprives citizens of the most fundamental of their constitutional rights: the right to participate equally in the political process, to join with others to advance political beliefs, and to choose their political representatives.

Texans need lawmakers that represent them. But that cannot happen if our voices are being silenced by inaccurate maps that were drawn with the intent of favoring one party over another.