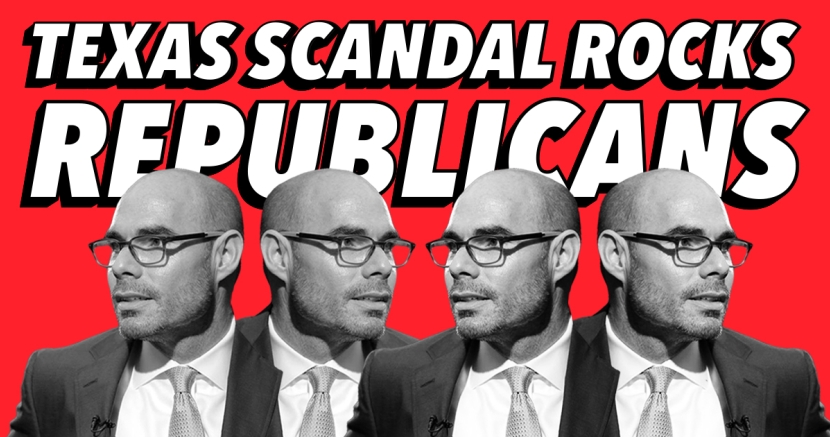 Update (10/22): House Speaker Dennis Bonnen announced he will not be seeking reelection to the Texas House in 2020. This announcement comes just one week after the recording of his secret meeting with Michael Quinn Sullivan was released. After the release, Bonnen insisted in a statement that the “House can finally move on.” But since then, a growing number of both Democrats and Republicans have called on Bonnen to resign.

The election for the next speaker of the House cannot officially happen until the next time the Legislature convenes, which as of now is scheduled to happen in January 2021.

Update (10/15): Michael Quinn Sullivan released the audio of his secret meeting with Republican House Speaker Dennis Bonnen. The hour-long recording was posted on the website of WBAP weeks after news of the meeting was made public. It has not yet been verified whether Sullivan's recording was edited.

The audio is shocking and embarrassing for Texas Republicans, but confirms much of what we have known all along. The Texas GOP will do whatever it takes to maintain power - even if that means quid pro quo and backdoor dealings.

The audio also revealed some details about the GOP strategy, including their attacks on small government. Note to all local officials and municipalities - you're not being paranoid. A passage at the 36-mark of the tape shows that the Republican Speaker took aim at all of them in the 2019 legislative session:

It’s not what the capitol press corps is focused on, but this exchange around the 36 min. mark is … something. I've never heard it expressed so clearly. #txlege pic.twitter.com/6WvUMGbFp5

Update (8/20): On Aug. 16, State Rep. Dustin Borrows of Lubbock resigned as chair of the Texas House GOP Caucus amid allegations that he and House Speaker Dennis Bonnen planned to politically target members of their own party in the 2020 primaries.

Update (8/12): The House Committee on General Investigating met to discuss the meeting between MQ Sullivan and Speaker Dennis Bonnen. There were no testifying witnesses and the committee immediately went into executive session, hiding the contents of their meeting from the public.

After a lengthy executive session, the committee announced that the Texas Rangers Public Integrity Unit will be investigating the meeting between Sullivan and Bonnen. They will then provide a report to the committee at the end of their investigation. Progress Texas will continue to follow this scandal and report on any further news.

Texas Republicans are rarely short on words and never apologetic, but that changed today with an email and a two-word subject line from the Speaker of the Texas House:

That's what Republican Dennis Bonnen sent as his latest response to a legislative scandal that has been brewing over the past few weeks. The story has had many twists and turns but it can be simmered down to three points:

At the end of the legislative session in May, the Speaker issued a stern warning to members who planned on campaigning against incumbents of either Party, stating that anyone who crossed that line would "suffer consequences." Clearly, he didn't mean it, because...

He then met with a right-wing Tea-Party aligned organization called Empower Texans, and reportedly gave them a list of legislators to target in the next election, including primary challenges to Republican incumbents.

Bonnen then reportedly offered a favor: press credentials for the next legislative session in exchange for targeting incumbent Republicans.

And Empower Texans says they have it all on tape.

Apart from the fact that this is not the first time Republicans have been rumored to have an improper act on tape, it is the first time in a while that we've seen this kind of intra-party fighting among Republicans.

The Speaker hasn't been doing a good job defending his position, and today his email doesn't seem to lessen any criticism. The Speaker's email went on to state:

“I said terrible things that are embarrassing to the members, to the House, and to me personally.”

It's really not that different than what we've seen from Donald Trump, the Republicans’ president who makes no bones about throwing his own people under the bus.

This isn't the first time that Bonnen has been in hot water. Texas Monthly named him one of the worst legislators of 2011, writing that "The eighty-second Legislature was a mad, mad, mad, mad world for Dennis Bonnen, and no one was madder than Bonnen himself." And we called him out back in 2014 for using a slur in a committee hearing (video here).

But let's not mistakenly think that Empower Texans is a knight in shining armor here... far from it. The group is a bomb-throwing entity funded primarily by one donor, oilman Tim Dunn, and has little to show for its efforts in the state.

.@scottbraddock made a great point about this on his podcast recently - #EmpT wants to be recognized as a media outlet (hence their lawsuit regarding media credentials) but they aren’t acting like one here. If a newspaper had the audio, we’d have all heard it by now. https://t.co/cOfJDaRfgN

This will continue to unravel. In the meantime, enjoy the fireworks.