Impeachment Explainer: Here’s how it works 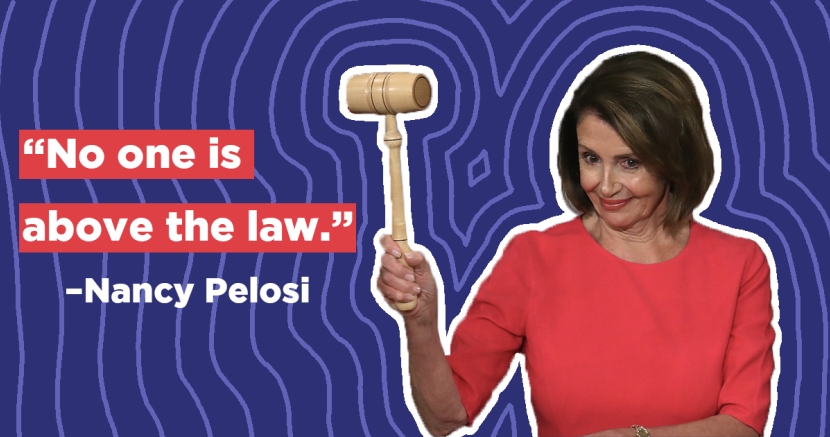 Wesley Story
What Texans need to know about the impeachment process.

Update (12/18/19): Donald Trump was impeached by the U.S. House of Representatives, becoming the third president in our nation's history to be formally charged under the Constitution’s ultimate remedy for high crimes and misdemeanors. Though votes were mostly along party lines, with Republicans choosing to remain loyal to a corrupt president, Trump was impeached with more votes against him than any other president. The House voted 230-197 in favor of an article accusing Trump of abuse of power and 229-198 in favor an article accusing him of obstruction of Congress.

Update (12/5/19): House Speaker Nancy Pelosi announced House Democrats will move forward with drafting articles of impeachment against Trump. In her announcement, Pelosi said Trump's "wrongdoing strikes at the very heart of our Constitution."

Speaker of the House Nancy Pelosi has announced her plans to move forward with a formal impeachment inquiry of Donald Trump.

This decision was in response to allegations against Trump stating that he withheld foreign aid to Ukraine, in exchange for that country’s effort to undermine a U.S. Democratic presidential candidate.

Since then, two important and damning documents have been released: the White House’s incomplete memo of the phone call between Trump and the Ukranian president and the whistleblower’s complaint.

Trump’s been a party to a lot of bad things; meddling in an FBI investigation, paying off Stormy Daniels, seeing his campaign manager go to jail, and the list goes on. But this time is different. Trump got caught by intelligence officials breaking the law and using his position as president for his own personal gain.

According to the account of the phone call in the memo and information found in the complaint, Trump used “the power of his office to solicit interference from a foreign country in the 2020 U.S. election."

During his call with Ukranian President Volodymyr Zelenskyy, Trump sought to pressure the foreign leader to take actions to help his 2020 reelection bid. Not only is the memo of the call damning for Trump, but it also implicates Attorney General William Barr.

The whistleblower’s complaint also says that after the July 25 phone call, the White House took measures to restrict access to records related to the call and that there were additional meetings between U.S. and Ukrainian leaders.

Now, Congress will move forward with impeachment proceedings. The Constitution permits Congress to remove a president before their term is up if enough lawmakers vote to say that the president committed “treason, bribery, or other high crimes and misdemeanors.”

The House will first investigate Trump further, and then based on their findings, will hold a floor vote on one or more articles of impeachment. If a majority of House members vote to impeach, then Trump is impeached and the proceedings are supposed to then move to the Senate, which holds a trial overseen by the chief justice of the United States.

After the trial, the Senate holds a vote to convict the president. This vote determines whether or not the president is officially removed from office.

Experts say Senate Majority Leader Mitch McConnell would be required to act if the House passes articles of impeachment. But a conviction would require 67 votes, or a two-thirds majority, in a Republican controlled Senate. And unfortunately, McConnell has broad power over the rules of the trial, and could bend them to his will to favor the president.

According to a recent poll, a majority of Americans support the impeachment inquiry into Trump. Americans want to get to the bottom of this issue and deserve an impeachment process focused on the facts. However, McConnell has demonstrated time and time again that he is willing to let Trump’s harmful actions slide in order to retain Republican power. McConnell epitomizes the phrase “party over country.”

Many have asked “why move forward with all of this if Senate Republicans will never vote to impeach?”

The answer is quite simple: It is the right thing to do. You wouldn’t stand idly by as you watched a bank get robbed. You would contact the police and expect an investigation and for justice to be served. In this case, Congress is simply doing their job by enforcing the law.

Not only is it their duty, but by not holding a president who breaks the law accountable, Congress would be setting a dangerous precedent.

If Senate Republicans choose to blindly follow Trump and put party before country, then that is their decision. But they must be held accountable. By taking a vote, Republicans will be forced to go on record and admit their blind loyalty to a man who has betrayed his nation. This is not a good look for them in 2020.

Some Republican Senators have already come out and openly admitted they will “never convict President Trump,” even though they don’t yet have all the facts. Namely, Texas’ very own Senator John Cornyn.

And here we have Senator @JohnCornyn admitting that he would allow Trump to get away with anything.

It's refreshing to see Cornyn so open about his position as Trump's lap dog.

This was not surprising considering Cornyn has made a name for himself as Trump’s lap dog. At least now, Texas, and the rest of the nation, know where he stands.

We are living in unprecedented times.

The fact is, the President of the United States betrayed our country by once again asking a foreign nation to interfere in our elections.

Trump’s actions cannot be allowed to stand. He is a traitor to his country and should be held accountable. Trump may believe otherwise, but the truth of the matter is that no one is above the law, not even the president.

We support this move for impeachment. Here at Progress Texas, we believe that Congress should investigate, and if the facts warrant action, the Senate should vote to impeach. Ultimately, Texans deserve to know the facts and how our Senators respond to those facts.

This is a defining moment, and the decisions our leaders make moving forward will place them on either the right, or the wrong side of history.