Will Texas Get New Redistricting Maps for 2016? 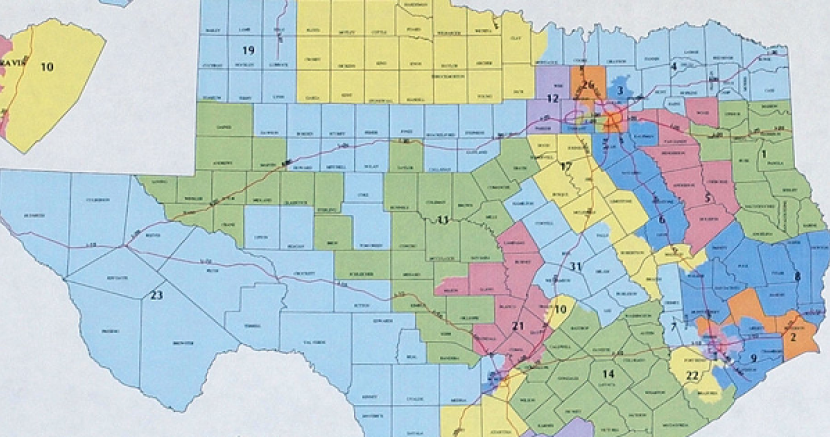 Phillip Martin
Will the state be allowed to continue using maps that discriminate against Texas' growing minority population?

We're halfway through the decade and the state of Texas still doesn't have final redistricting maps for Congressional and State House seats. The process has been stuck in Texas' courts for years, but an upcoming deadline for the 2016 election cycle has led some observers to at least hope the maps will be up soon.

This is yet another reason why courts matter.

Starting November 14, 2015, candidates can begin to register for the Texas primaries. Before the filing period opens up, everyone waiting is asking the same questions:

Will Texas' Hispanic and Black communities, familes and voters prevail in Texas' long-standing redistricting fight? Or will the state be allowed to continue using maps that discriminate against Texas' growing minority population?

An incredibly egregious example is something known as Optimal Hispanic Republican Voting Strength (OHRVS), which is the practice of identifying voters with Latino surnames and low voter turnout histories, and then packing them into a district with a minority of Republicans with high voter turnout histories. This then creates a district with a Latino population majority, but with a Republican voting majority.
Redistricting is, in theory, a simple concept: every ten years, after the census, state lawmakers draw the boundaries of Congressional, State Senate, State House, and other jurisdictional maps. The goal is for there to be roughly the same number of people in each seat.
Some states, like Arizona, allow for independent citizen-led redistricting commissions to control the process - a practice upheld by the U.S. Supreme Court this past June. But in most states, politicians draw their own districts, creating tremendous incentive for elected officials to maximize the political opportunities that come with drawing district lines.
Here in Texas, Republicans have done their best to suppress the rights of Texas' minority voters for their own political advantage - as Enrique Rangle, columnist for the Amarillo Globe-News, explained in a recent feature:

Since the litigation began in September 2011, shortly after that year’s legislative session ended, opponents of the maps have alleged that Republican lawmakers failed to create minority opportunity districts. It was a violation of the Voting Rights Act because non-whites — particularly Hispanics — accounted for nearly 90 percent of the population growth of the past decade that allowed Texas gain four congressional districts, they allege.

The maps in question are the maps originally drawn four years ago, in 2011. Court-drawn interim maps have served as placeholders for the 2012 and 2014 election - a strange and unusual practice that hopefully won't continue into the 2016 election season.

So what happens once a court ruling finally comes down? A few things:

It's a complicated process, to be sure. But it's also an important one.

Hopefully, the courts rule against the state's attempt to intentionally discriminate and in favor of Texas' growing minority population. We'll be sure to provide updates on the case once a decision is reached.