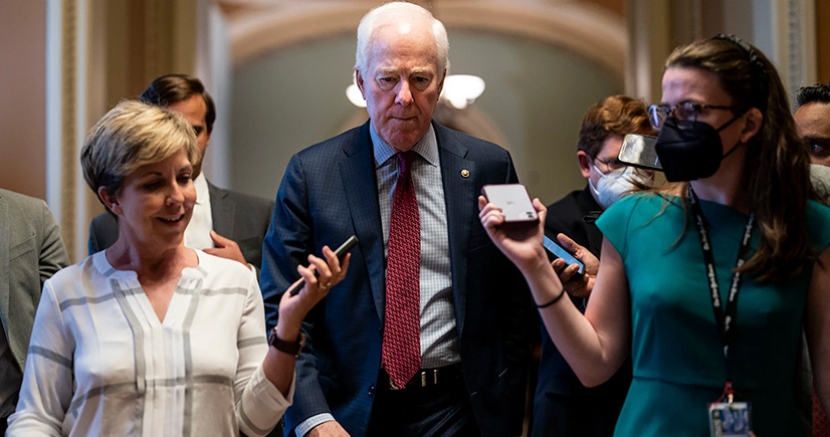 Arabella Cadena
The bipartisan gun deal could be the first major gun reform legislation approved by the Senate in nearly 30 years.

Still very much a work in progress, the framework lays out a list of proposals, but as of yet no legislative text has been written. The Senate has a challenging path ahead of them if they are to maintain bipartisan support and hold the final vote before Congress leaves for recess in less than two weeks.

What the deal is set to include:

A major part of the framework is a proposal to help states create and implement red-flag laws. Red-flag laws, also called Extreme Risk laws, allow loved ones or law enforcement to intervene by petitioning a court for an order to temporarily prevent someone in crisis from accessing guns.

The United States has similar rates of mental illness to other countries but much higher rates of gun violence. People with mental illnesses are much more likely to be victims of violence rather than perpetrators. The problem isn’t mental health, it’s easy access to guns. The violent perpetrators of mass shootings are more likely to be people radicalized by racist conspiracy theories than people diagnosed with mental illness. The problem isn’t mental health, it’s racism, xenophobia, and misogyny.

Currently, only a person who has been married to, lived with, or had a child with a partner they've been convicted of abusing are blocked from having a gun. Closing the loophole means that anyone who has been deemed to have been in a serious dating relationship and convicted of domestic violence would no longer be eligible to own a gun. Closing the boyfriend loophole would save countless lives considering that the proportion of murders committed by dating partners versus spouses is about equal. According to the Dallas Morning News, the boyfriend loophole provision of the gun deal has hit some bumps in the road during the drafting process.

Rather than raising the age to purchase an assault-style weapon, the senators have proposed expanding the review process for people between the ages of 18-21 who want to buy a gun like an AR-15. The updated background check review would require a thorough investigation into any disqualifying mental health or juvenile records. The National Instant Criminal Background Check System (NICS) would have three days to conduct the search that could be extended to a total of 10 days if necessary.

The bipartisan gun deal is also set to include a provision that would make more firearm sellers  Federally Licensed Firearm dealers, making them subject to conducting background checks under federal law. The deal also includes a provision with expanded criminal penalties for straw purchasing and funding to help schools expand their safety measures and ‘violence prevention’ efforts.

Noticeably missing from the bipartisan gun deal are provisions for expanded background checks, raising the minimum age of purchase to 21 for assault-style rifles, and a ban on assault weapons and high-capacity magazines. All disheartening oversights considering how the Uvalde and Buffalo shooters, both 18-year-olds, would never have had access to an assault rifle under these measures.

The bipartisan nature of the gun deal means Democrats are being forced to cede important common-sense gun reform measures to Republican diversionary measures. Things like mental health investments and school safety measures such as arming teachers and an increased police presence are distractions from the real issue: guns.

The bipartisan gun deal is disappointing to many gun violence advocates. It is unfortunate in this current political climate that the only solution we can offer to the families of gun violence victims is a framework that can only be described as, “better than nothing.” However, let’s still acknowledge the progress encapsulated in this bipartisan deal, the first significant gun reform measure in the Senate since the assault-weapon ban in 1994. And while any progress is much appreciated, the excruciatingly slow progress of gun reform has proven to be fatal for many. We must continue to fight for better, while also celebrating small victories like these.

For now, we’re waiting to see what the final version of this proposal looks like. But in the meantime, you can send a message to your senator urging them to vote in favor of common-sense gun reform and to keep pushing for policies like red flag laws, universal background checks, an assault weapons ban, and more.