Stop the Texas 'Slow Down the Vote' bill 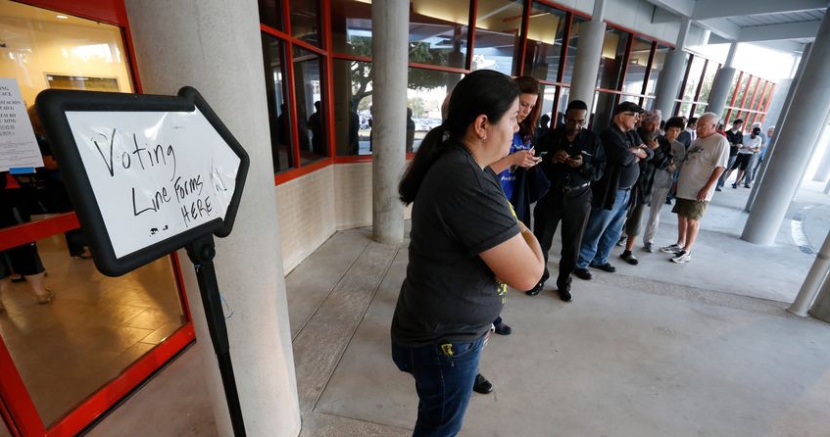 Texas has been long known for being one of the lowest voter turnout states in America, but experienced historic turnout in 2018.

Now, some legislators are backing a bill that would effectively slow turnout again if passed.

The "Slow Down the Vote" bill, known as SB 9, proposes a long list of changes to state voter laws, some of which could make access to the polls more difficult for our friends and neighbors. Some of the items include:

We've previously written on the dangers of this bill, as have our friends at the Texas Civil Rights Project. The bill passed the Texas Senate in March and is on its way to the House.

We still have time to do something about it! Here's what you can do to stop this dangerous bill:

Voting is our right and as one of the lowest voter turnout states in America, we should be doing everything we can to increase turnout – not the opposite.