The Texas Republican vote has been virtually stagnant for 12 years 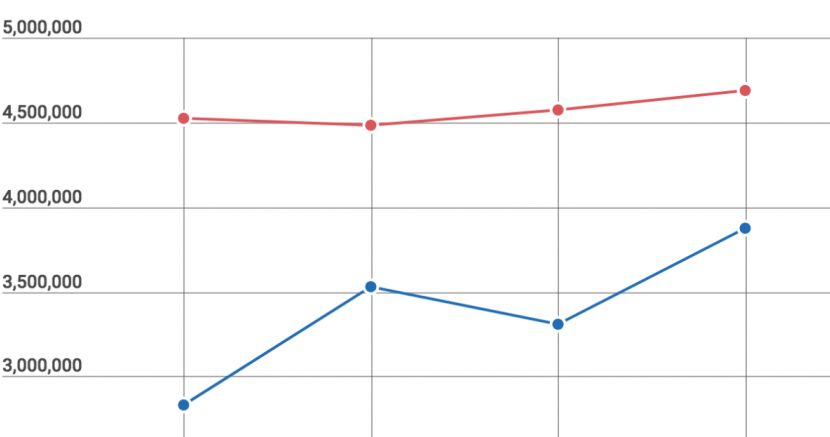 Texas is one of the fastest growing states in the nation, but you wouldn't know it by looking at Republican election returns.

Consider this: Texas saw more than two million new registered voters from 2004 to 2016, yet during that same 12-year period the Republican ticket only increased it's vote haul by 158,130 votes. Republicans have been in the range of 4.5 to 4.6 million votes since 2004. During that same period Texas Democrats have increased their vote haul by 1,045,164.

All of the growth is one side of the aisle. It's clear that Republican attacks on the LGBTQ community, the Latino community, reproductive rights, and public schools are drawing people away from them and to the open arms of the Democratic Party.

But since Republicans had such a wide margin to begin with, it's taken Democrats time to catch up. Similarly, Texas Republicans have been stuck at 2.7 to 2.8 million votes in midterm elections from 2006* to 2014 (using the 2006 Senate race for comparison, since there was a four-way race for governor that year). However, Democrats have had a tougher go of things in recent midterms primarily due to national Republican wave elections.

However Texas is a growing and changing state and, as I wrote the other day, new voters are supporting Democrats by a ratio of 5-to-1 in the state's top 20 counties. The voting trends are such that Republicans cannot feasibly hold on to their lead for much longer without taking some drastic measures.

Republicans are stuck in the mud and voter trends indicate that Democrats are about to pass them by.