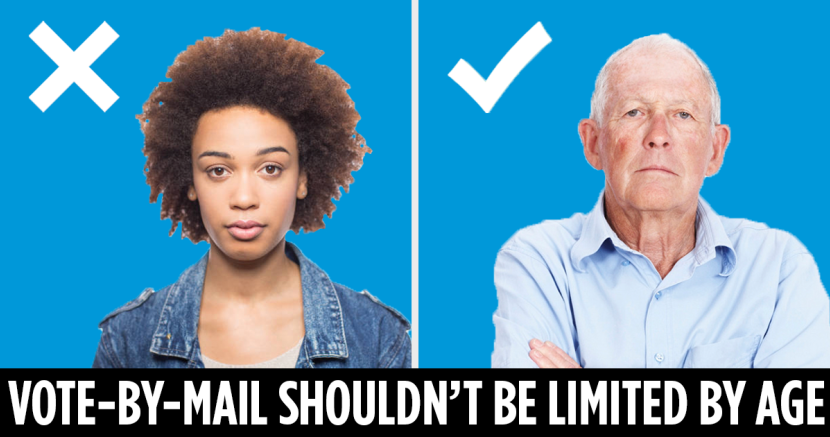 Ed Espinoza
A majority of Texas voters agree vote-by-mail should be made available for everyone.

One of the major debates in Texas during this pandemic is how voters can safely access the polls to vote in our elections. Vote-by-mail is a safe answer to this issue, and can be a reliable option.

Texas is one of just seven states that limits access to mail-in voting based on age, and a majority of voters believe this needs to change.

A recent Texas Tribune poll showed voters agree 55% to 33% that vote-by-mail is a common-sense solution to voting in the pandemic.

Why limit a method of voting to a certain age group? Imagine if we had laws stating that only people of a certain age could vote early, or on Election Day. That would be ridiculous. Well, so is the age limit on vote-by-mail.

Our state lawmakers can easily make this process available to everyone and should, because every county in the state has the ability to process vote-by-mail. They already do it for senior citizens!

Texas Republicans say they are against expanding vote-by-mail because of “voter fraud,” which is ridiculous. Not only is rampant voter fraud a myth, but why would it be okay for voters age 65 and up to vote by mail, but then our state limit access because of supposed voter fraud for everyone else?

The real fraud is the excuse being pushed by Gov. Greg Abbott, indicted-Attorney General Ken Paxton, and others. This all comes down to one thing: making it harder for Texans to vote, and Texas Republicans have a track record that supports this claim.

As we’ve pointed out before, Texas is one of the fastest growing states in America, but the Texas Republican Party is one of the slowest growing Parties in America. That’s because as the state’s population has grown, the Republican electorate has remained virtually stagnant. From 2004 to 2018, Democrats have seen an increase in votes ten times larger than that of Republicans (about 1 million new voters compared to just over 100,000).

After this increase in Democratic voters,  in 2019, Republicans tried (unsuccessfully) to purge voter rolls and (successfully) kill mobile vote locations for places like college campuses and senior living centers.

In previous years, they have approved voter identification laws which allow gun IDs, but not student IDs. Limiting vote-by-mail by age is another weapon they are using to suppress the vote.

Vote-by-mail expansion is now in the hands of the courts. While our  Paxton argues that we need to honor the legislative intent in the vote-by-mail law, we can see that the intent is wrong. After all, wasn’t it legislatures that also passed poll taxes?

Vote-by-mail is the common-sense solution to protect Texans’ health, safety, and right to vote during this global pandemic. To protect our Constitutional rights and democracy, the courts must use fortitude and fairness when deciding this case.