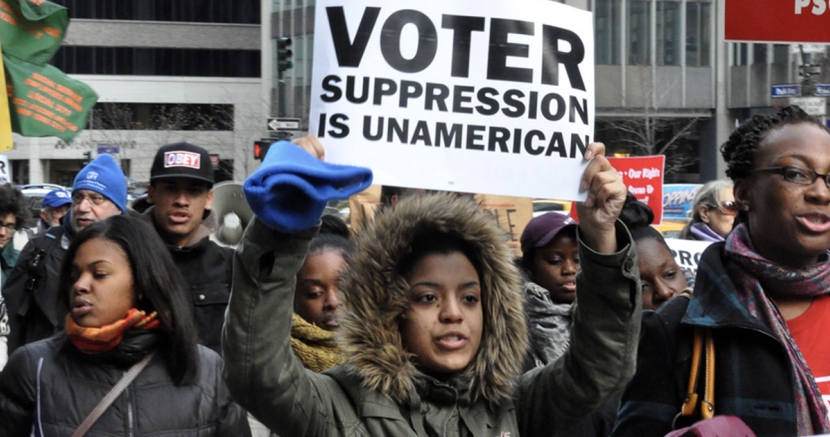 Wesley Story
While Texas allows no-excuse vote by mail for voters aged 65 and older, there are restrictions for everyone else.

A new Texas lawsuit filed in federal court claims that Texas election code violates the 26th Amendment’s protections against voting restrictions that discriminate based on age.

Currently, the state allows no-excuse vote by mail for Texans 65 and older, but places restrictions on the rest of the population.

“To be sure, some number of Texans will need to vote in person in these coming elections, even if mail voting is widely available. But foreclosing this option to millions of members of the electorate simply on account of their age is facially unconstitutional.”

All Texans deserve the option to vote-by-mail.

There is no legitimate justification for the state of Texas to offer vote-by-mail to people age 65 and up, while placing restrictions on everyone else. All voters deserve the option to vote-by-mail regardless of age, and anything less is age discrimination.

Vote-by-mail is a common-sense solution that protects Texans’ health, safety, and our right to vote. Not only is it discriminatory to withhold vote-by-mail from voters simply because of their age, but it also goes against Texans’ wishes. In a recent poll, a majority of Texas voters 55% said that all Texans should be allowed to vote by mail in the coming 2020 general election in response to the pandemic.

Even so, Paxton previously threatened to prosecute those who encourage voting by mail. Thankfully, voting rights groups and everyday Texans are continuing to fight for our rights. In addition to the aforementioned lawsuit, the Texas Democratic Party has filed a motion for preliminary injunction to provide Texas voters and election officials the clarity they need in advance of the July 14 primary runoff election.

No Texan should be forced to choose between their safety and their fundamental right to vote. Now more than ever, we need our conservative lawmakers to step up and prioritize Texans’ health over their voter suppression schemes.