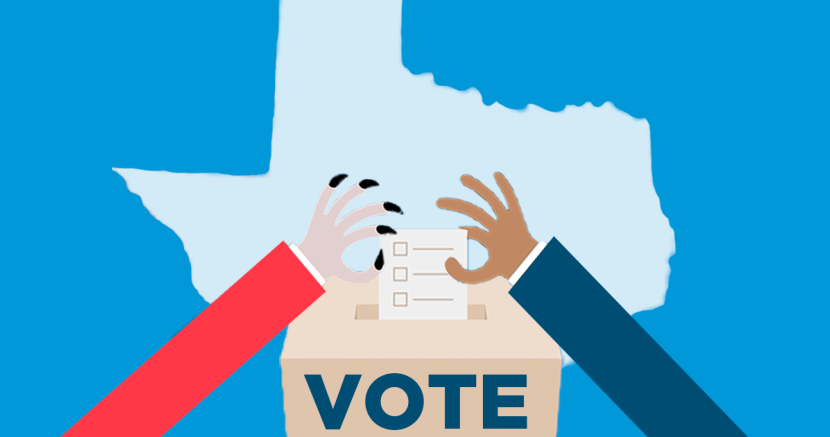 Wesley Story
While Texas Republicans rely on a strategy of voter suppression to hold on to power, progressive power in our state continues to grow. Texans will not be silenced!

Texas Democrats filed another lawsuit this week against the state of Texas challenging another Republican effort to suppress the vote.

In the lawsuit, the Texas Democratic Party alongside the national Democratic campaign organizations for the U.S. Senate and House allege that the state is violating the U.S. Constitution by rejecting voter registration applications without original or "wet" signatures.

What sparked this lawsuit?

In 2018, the Texas secretary of state’s office announced that applications submitted with electronic signatures would be considered invalid just a few days before the deadline to register to vote. This meant that thousands of Texans who had signed their voter registrations digitally either had to re-register, or were not able to vote in that election.

Over 2,400 online voter registrations ended up being rejected under this "wet signature rule."

In the legal challenge, Democrats argue that Texas law “makes no reference” to requiring an original signature and that the rule limits access to voting.

Requiring a physical signature instead of a digital signature is an arbitrary requirement meant solely to place more obstacles in the way of Texans seeking to exercise their right to vote.

This issue could have been avoided if Texas would allow for online voter registration.

Texas conservatives have been given ample opportunities to vote in favor of implementing online voter registration during recent legislative sessions, but time and time again, they either vote against these measures or prevent bills from moving forward. And they have absolutely no excuse for this decision.

During the 2019 Texas legislative session, Rep. Celia Israel’s online voter registration bill even managed to garner some bipartisan support, but it was stalled due to efforts from either the Republican Speaker of the House Dennis Bonnen, Lt. Gov. Dan Patrick, or Republican committee chairs.

Close to forty states already have online voter registration, and it has proved to be effective. Texas has some of the lowest voter turnout numbers in the country, yet our Republican lawmakers work overtime to make voting less accessible and more burdensome.

It’s time for Texas to get with the times!

The state of Texas is being sued for two other voting rights violations.

For those of you keeping track, this is the third lawsuit filed recently against the state of Texas due to Republican attempts to silence the vote.

In addition to this lawsuit, the state is being sued for its effort to get rid of temporary voting locations and for its problematic mail-in ballot procedures.

It’s clear that going into 2020, Texas Republicans are relying on a strategy of voter suppression to hold on to power. They know that if all eligible Texas voters had a say, they’d be out of office in an instant.

It’s time for Texans to show the true strength of our electorate and continue to fight against voter suppression by registering as many new voters as possible, and showing up at the polls on Election Day to replace Texas Republicans with progressives who will fight for all Texans’ rights.

Together, Texans will continue building progressive power in 2020 and beyond!